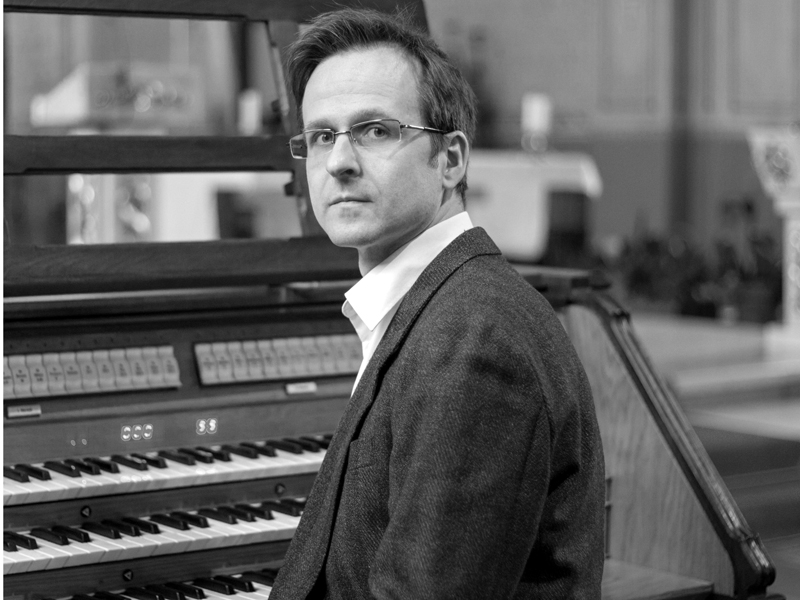 Zoltán Borbély (Serbia), professor of Organ at the Academy of Arts in Novi Sad, have chosen pieces of the contemporary composers from Serbia, Holland, Germany and France, all different in stile but in the same musical form – Suite.

Biography:
Zoltán Borbély (1977) began his musical education in Senta with Zoltán Szokolai, in the accordion section, coming into contact with the organ during high school. He was Bertalan Hock’s student at the Solti György Music School in Budapest. He graduated from the Academy of Arts in Novi Sad, where he studied in the class of Andrija Galun, and from the University of Arts in Graz, where he studied in the class of Gunther Rost. At the Johann Joseph Fux Conservatory in Graz, he studied harpsichord and thoroughbass with Konstanze Rieckh. He has participated in numerous master classes in Austria, Germany and France. Since 2008, Borbély has been an assistant professor of Organ at the Academy of Arts in Novi Sad. Since 2011 he has been the president of the Cor Jesu Foundation in Senta, the director of the cantors’ school within this Foundation, the artistic director of The Church Music Festival in Senta and the coordinator of the technical improvement project for the organ at The Heart of Jesus Church in Senta. He has performed in eight European countries and Canada. His repertoire includes music genres ranging from early Baroque to contemporary music. He enjoys performing compositions by Maurice Duruflé, the French late Romantics and contemporary composers. As a soloist and orchestra musician he has a long-standing collaboration with the string orchestra Camerata Academica in Novi Sad, the Szeged Symphonic Orchestra, as well as the Choir and Orchestra of the Radio Television of Serbia.