Together apart, Dance and narrative performance by Neda Kovinić 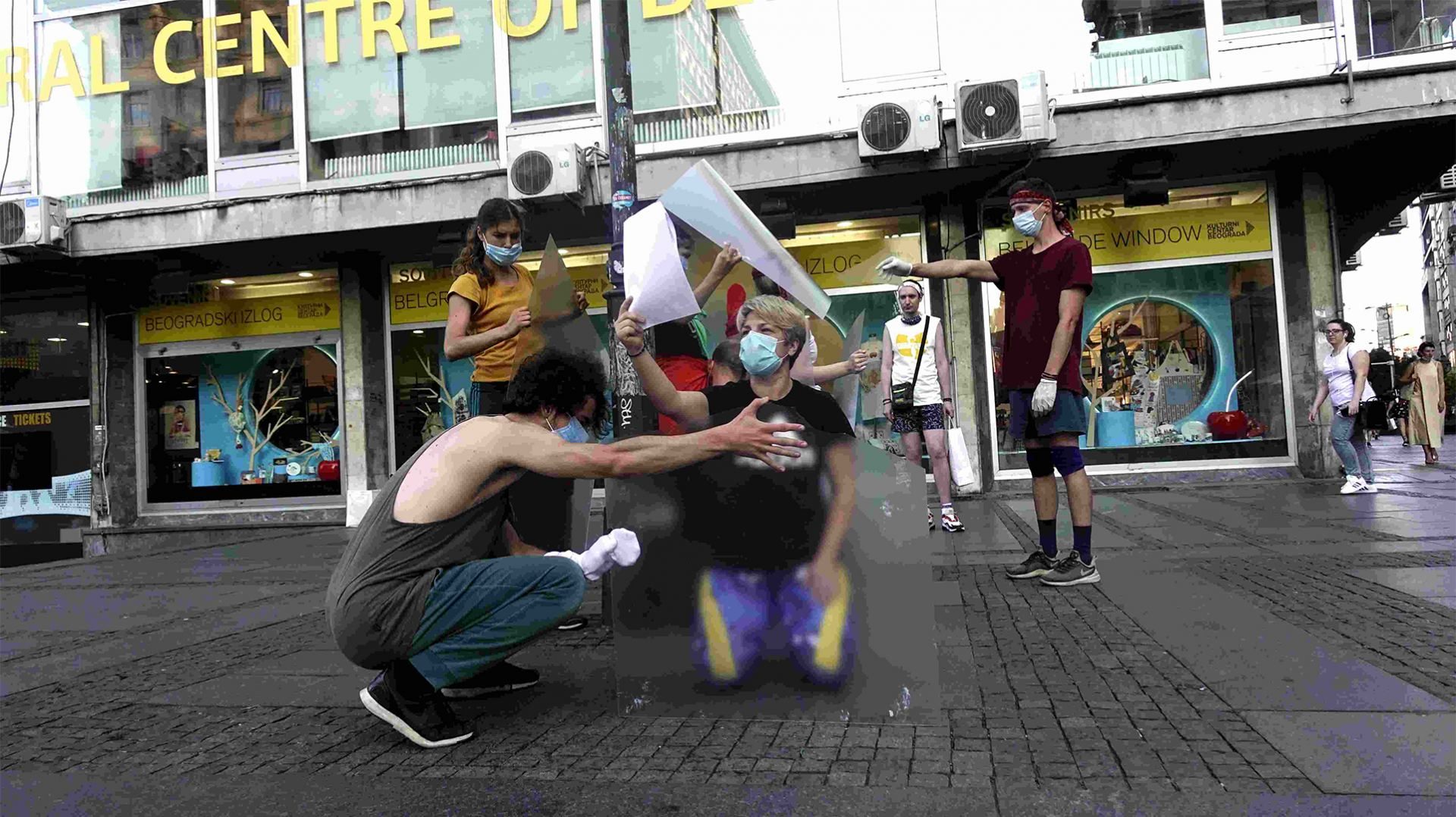 Together apart
Dance and narrative performance

This dance performance was initially conceived within the context of the performance “What Would You Give for the Last Firefly?” held in the Podroom gallery in July 2020. Postponed after the mitigation measures had been introduced in order to slow down the rapid spread of the pandemic, the performance was held for a couple of nights in the process of research and collective synchronisation, in public space around the building of the Cultural Centre of Belgrade and in the Republic Square. Although not officially performed in front of an audience, the performance met its target – interactivity and sharing of expressive narration about socio-political situation created in the pandemic. The performance was both held and not held but not as a planned public event.

In times of volatile life conditions and the possibility of haptic and corporal sociability, art concepts respond in an equally unpredictable manner; a work of art is changing on daily basis, while it is being created and while it is being exhibited. That is how this performance initially thematized the sudden outbreak of a virus that put a halt to the entire planet and an accelerated production 24/7, raising the issue of whether performing arts are possible under the circumstances in which we are forced to the world of data and online platforms as the only possible solutions for art, sociability, and work.

Now, two months later, when we have already adapted to the civilization in Covid-19 crisis, the focus is on the question Is it for you better or worse in the corona times? Could it be that we have just been successfully anesthetized and accustomed to the new civilization that lives cautious of the virus while still trying to produce and consume? Are we celebrating benefits in the form of ecologic improvements, of reduction of pressure and rat race, of commuting, of the increase of the amount of time we spent with our close ones and being focused on micro communities in which we lead our private lives? Or do we, actually, belong to those who are hit by the other side of the pandemic – illness, loss of jobs, inability to keep our independent living space, life in a town where we are being educated, where we used to have a job that we have now lost, or are you one of those whose activities are no longer possible to be happening due to the ban of mass gatherings…

“Together Apart” is a dance-narrative performance that confronts both the participants and the public with the (in)ability of performing and communicating in the times of pandemic culture. How are we supposed to dance, how are we supposed to practice togetherness through dance now when physical distancing is the ultimate performance? How can an interactive art process, which implies the practice of togetherness, palpable and corporal, not only virtual, be possible in the world of the pandemic?

Neda Kovinić (1975) has graduated in fine arts at the Faculty of Fine Arts, and interior design at the Faculty of the Applied Arts in Belgrade. She is currently pursuing her PhD at the Faculty of Fine Arts in Belgrade. Since 1996, she has been exhibiting at solo and group exhibitions in Serbia and abroad. She has made ambient installations, thus forming art basis close to conceptual art. In her recent projects, she has been trying to face the facts of the multitude of temporality and the space of global capitalism – from the neoliberal to the conservative one, the retro-local and the national. She explores types of escapism in artificial autonomies, the space of escape and retreat, especially in former Yugoslavia after the wars and the rise of nationalism.
Her latest research is based on creating networks between artists of conceptual dance and various nationalities, dance backgrounds and age, in order to create the practice of togetherness, and the exploration of social, political and art-political issues. 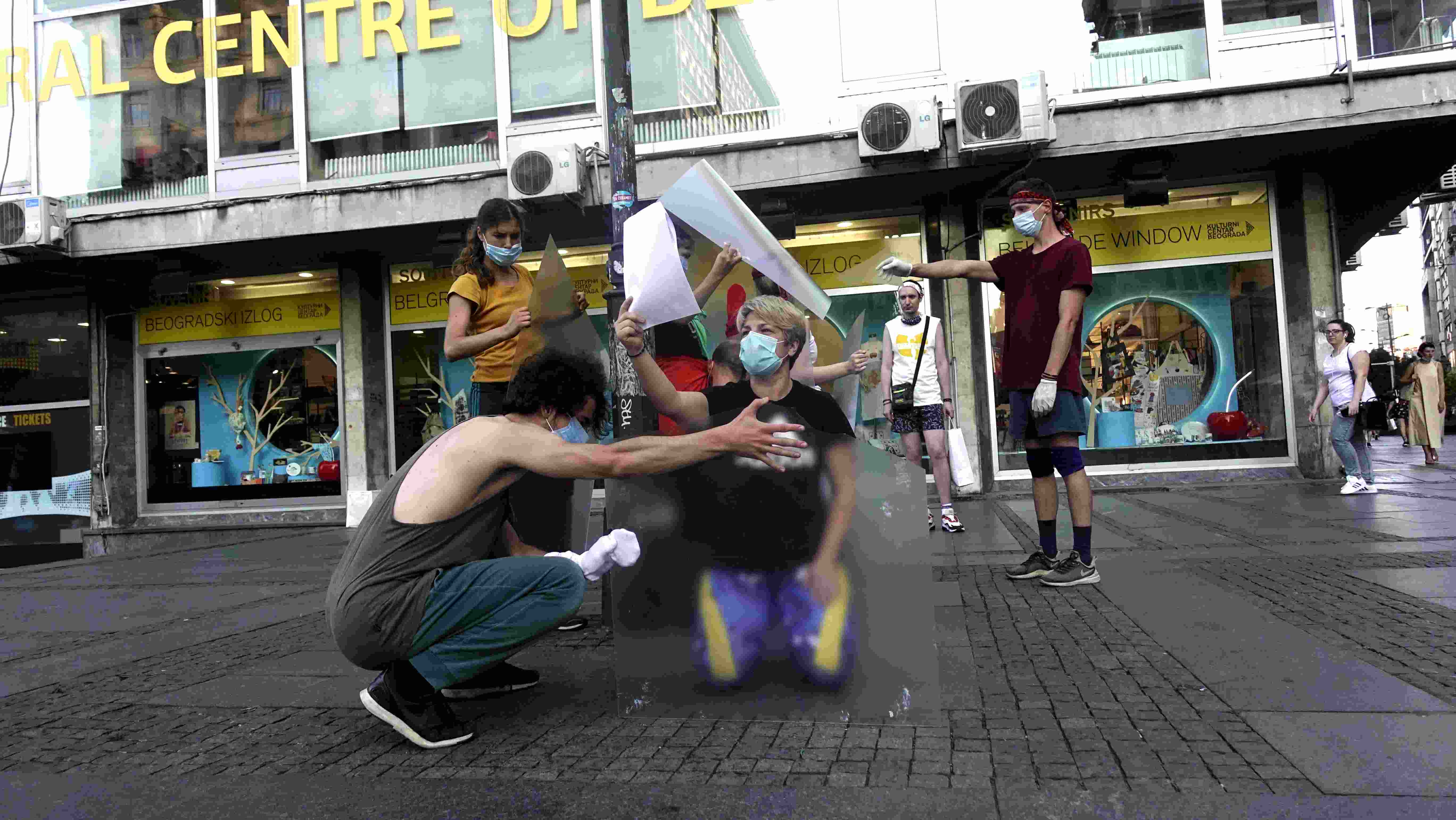 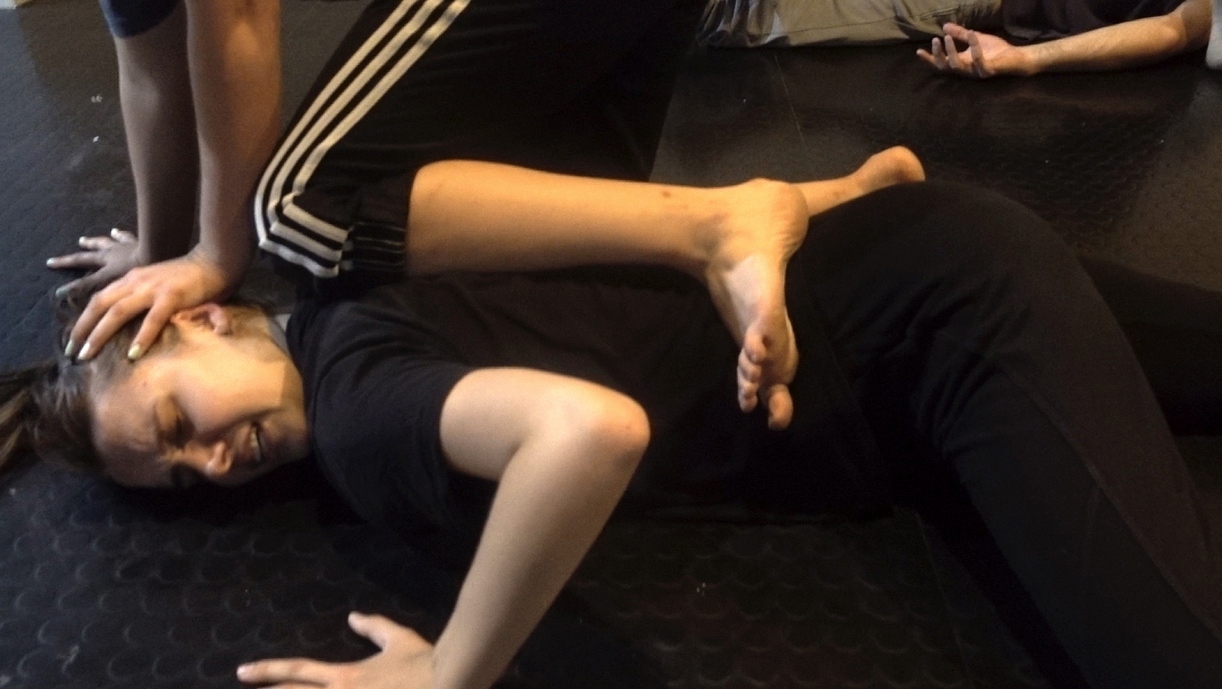 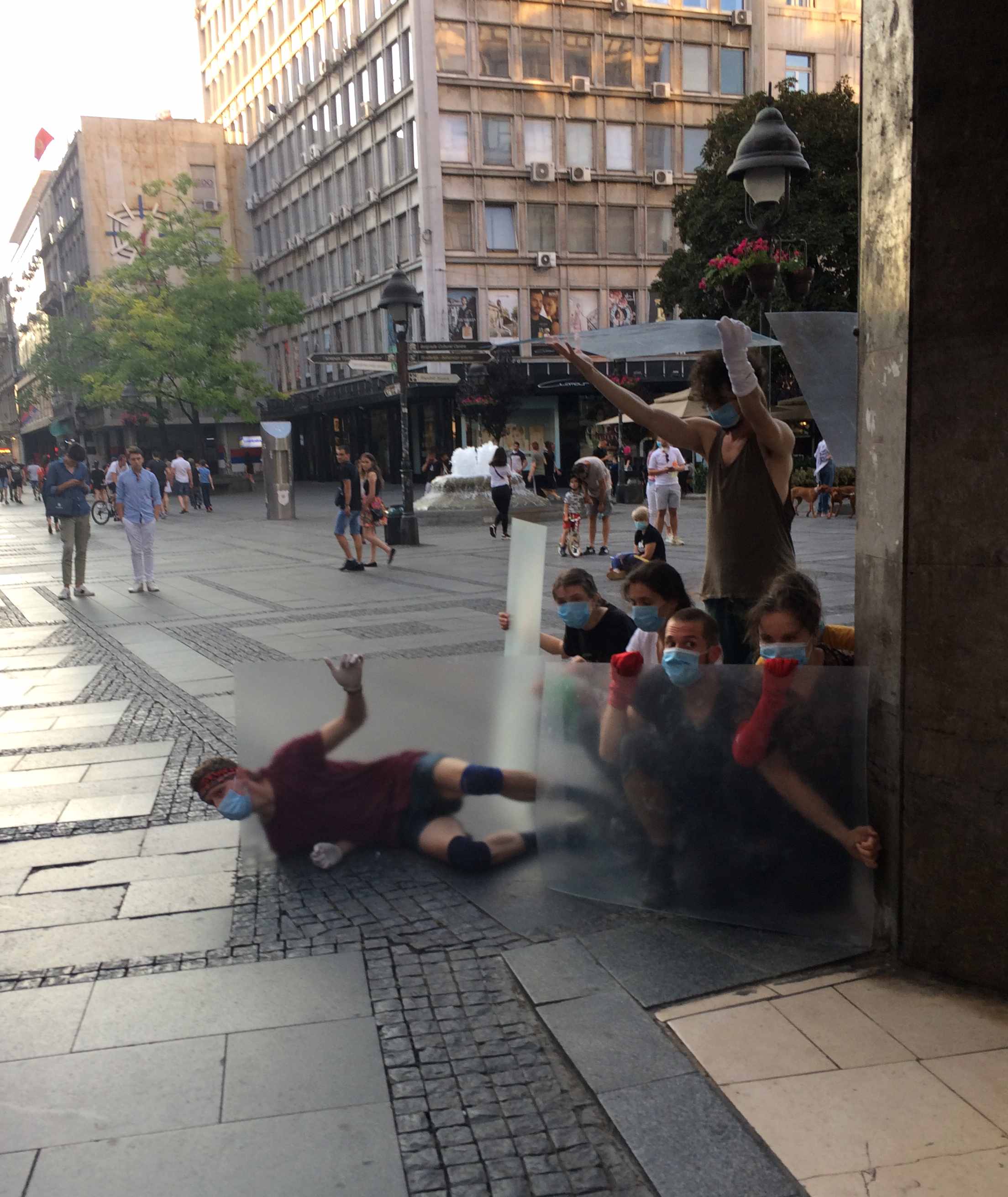