DRAMA IN PHOTOGRAPHY? Photographic image at the Faculty of Dramatic Arts and 50 years of the Camera Department 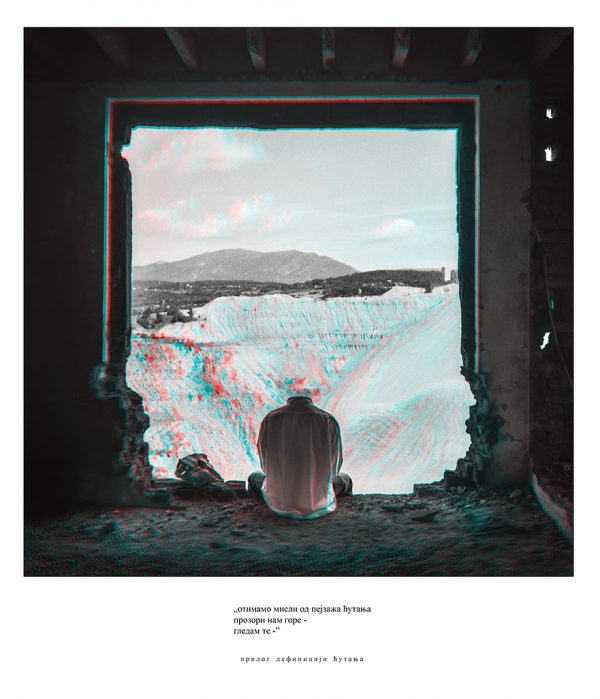 DRAMA IN PHOTOGRAPHY?
Photographic image at the Faculty of Dramatic Arts
and 50 years of the Camera Department

IS THERE DRAMA IN PHOTOGRAPHY?
Photographic image at the Faculty of Dramatic Arts
and 50 years of the Camera Department

Is there drama in photography? This interesting question arose when I was introducing myself as a lecturer in photography at the Camera Department of the Faculty of Dramatic Arts (FDA). While at the fraternal Faculty of Applied Arts photography was approached through painting and art techniques, at the FDA it was as if they had cut one frame, one fiftieth of a second of the recorded time, one phase of a moving film image and returned it to its earliest beginnings, because photography is about sixty years older than film. By its structure, when it ceased to be a technical miracle, when the initial fascination with objective recording of reality was overcome and when the debate on whether photography is the only objective reproduction of reality or – quite the contrary – what it represents is false and manipulated subsided, it stepped into the field of art; elements and values that adorned other media established as art, primarily painting, began to appear in it.

By its mechanical and mimetic nature, photography incorporates the process of direct interaction with the world around us, overcoming the question of whether the world is created and scenographic or real and autochthonous, untouched in the recorded view, because it the view or framing into the image format (which also applies to the moving image) that touches and limits it. If the word drama implies action, it is contained both in the recording of a photograph and in the view that directs and cuts a part of reality, as well as in the recognized visual content, and all the way to the establishment of dramatic elements in the protagonist’s relationship with the space or the relationship among the characters themselves, where we come closest to the conventions of the dramatic narrative in literary fiction. And all this through the views and emotions of the operator (the photographer), the spectrum (the photographed) and the spectator (the viewer) (R. Barthes).

Photography or Photographic Image was introduced as the main subject within the Camera Department of the FDA later than the subject of Camera or Film Image, and it is the way of returning to the photographic medium from the position of the cinematic, which in many respects can be considered more advanced or at least more mimetic, that liberated photography in the same way in which photography, when it appeared, liberated painting. There are many elements of the film image and film narrative in the process of looking into the photographic image and pedagogical approach to it at the FDA, from technical and production elements, to content, discursive and theoretical ones. This approach has been aligned with similar tendencies in contemporary auteur or art photography. Technological connection of these two media within the same camera and today’s democratization of procedures for recording still and moving images by mobile phone, as well as popularization, multiplication of images and communication through image contents via the Internet and social networks, confirmed the relevance of the educational procedure at the FDA, which continues to research, adopt and develop new, derived visual media.

This year, the Camera Department of the FDA marks fifty years since its founding, and on that occasion I am mentioning the lecturers who have taught Photography or Photographic Image, from Branimir Debeljković, Milan Miletin and Miladin Čolaković, to current lecturers, Branko Sujić and Aleksandar Kostić.

This group exhibition presents a selection of works of current and graduate students of the Camera Department at the Faculty of Dramatic Arts (FDA), created in the past five years in the subject of Photographic Image, at the third and fourth years of study, under Professor Aleksandar Kostić.

The diversity of ideas and authentic contemporary artistic expression in extended photography gave rise to a fascinating collection of works, most of which are presented to the public for the first time. They were made for exams, created to perform the initial tasks, which were not exclusive and binding but they rather opened questions and suggested thinking and researching different contents and forms of the photographic image. Such an approach made it possible to preserve the freedom of expression and the adventure of artistic re-examination and action.

In the separate thematic unit Yugo, there are works inspired by the participation in the workshop run by Vesna Pavlović, photographer and professor at Vanderbilt University in the USA, who also graduated from the FDA’s Camera Department. The topic of the workshop was The Female Artist and the Archive: Reflections on Yugoslav Socialism, and the students presented their views on the topic.

Still life in the context of the First World War, the mobiliary of natural, abstract objects and artifacts, meticulously composed, static in photographs, was brought to life through animation in the film under the same title, which is an integral part of this series.

Milica realized three diptychs in the analogue method, researching and working on IR (infrared) and UV (ultraviolet) photographic material, in order to achieve two different aesthetic impressions within each of them, two views of the naked human body. Through scopophilia and voyeurism, on the one hand, and exhibitionism on the other, with gestures of watching and exposing, an image is created that seems to have no aim to search for the truth, but surpasses it with a surreal shift and wonder. At the same time, her presentation is archetypal.

The Petar series of photographs carries the most precious photographic story, the one in which reality and fiction merge and become one. Petar is a man who lived in an abandoned coach in Savamala when Boško discovered him and started recording a documentary series about an antihero in the windstorm of fate. They became a team in telling that story and influenced each other in perseverance and dedication. The finale consists of portraits of the hero of the story, caught in the process of finding and affirming himself, created in the FDA studio, kilometres away from Petar’s home in the coach. Is there a nobler intention and achievement than to make someone alive with the help of photography and photographing? Petar didn’t live long after that, but I’m sure that working on this project and spending time with Boško made his life more meaningful and better. Therefore, there was no dilemma; the eyes from Petar’s portrait should meet the eyes of every viewer.

In recent years, the fourth year camera students, in the subject of Photographic Image, have been dealing with the question of the relationship between photographic and film image through practical work, often blurring the line between the two media. The resulting multimedia work is considered to be done in the medium of photography, in the function of time, and does not strictly include only video or film recording, but also other possible forms of image moving. The students most often use the cinemagraph form, obtaining a moving image by animating entire photographs or parts of them.

Filming an Alpine glacier, Kosta used the opposite method; his work deceives our perception with its tempo and visual content since we think the film is a photograph until, in the details of the captured landscape, we discover a flying bird or running waterfall. A method opposite to cinemagraph, but equally effective.

The other cinemagraphs show two approaches within this form, Ana’s epic and continuous, in which the viewer hardly notices that the image is not cinematic but photographic, and Luka’s, close to the surreal approach based on a joke and the factor of surprise.

Stereo photography appeared in practical exercises as a counterpart to the tendencies in professional cinematography, because the anaglyph procedure used here is a simpler and less perfect (but equally magical) method of achieving the 3D effect in a two-dimensional image (with the use of adequate glasses). All three authors applied the analogue photographic process and in all three series one of the three found medium-format Sputnik stereo cameras was used. The use of the 3D image in different photographic genres is interesting: Miroslav’s stylized documentarity, Boško’s visual poetry and surreality, but in the intimate key of personal mythology (the author of the verses in the photographs is his father, and the location is Bor, his hometown) and Luka’s lucid playing with spatial planes, where in addition to the mise-en-scène space and the actor-figure within it, by painting and drawing on the body of the model, he opened the spatial plane of flesh.

Collage is a common form in these students’ works, from Đorđe’s family story, where archival and new family portraits are collaged and merged, through Đurđina, who uses the collage technique, including a text or interview, to compose all fragments of her actors’ personal stories about the time of socialism and Yugoslavia, to Mladen, whose images, like advertisements, designed with a witty slogan, no longer contain the captured photograph.

Although the selection from only two stories is presented here, Three Stories is an exercise through which students should learn the means of manipulating the medium and created messages. There are two presentations of one character, one is a stylized documentary story, the other is totally shifted from the usual way of presenting photographs, and they create a symbolic figure of the actor in almost life size.

With the series that is a homage to the work of René Magritte, Luka completes the narrative of this exhibition, confirming once again the discrete influence of Surrealism on all the authors and their works.

Two participants of the workshop The Female Artist and the Archive: Reflections on Yugoslav Socialism (Faculty of Applied Arts), who are guests at the exhibition of their colleagues from the FDA, present their works inspired by the workshop. Una places the iconic representation of the epoch, materialized in the bust of Josip Broz, in the context of the space of Avala Film, the oldest and largest Yugoslav film company and film studio, now bankrupt. Jelena, with three photographs and a small multimedia environment, presents her intervention and the author’s commentary on the found private archival material.

The purpose of pedagogical work at an art faculty is not only for students who have decided to acquire knowledge and skills in an art field to acquire that knowledge, but also, having that knowledge, to return to the initial motive that led them to dedicate themselves to creative work, to have their needs and possibilities coincide and to grow into artists ready to present their stories, art and personalities to the world, to start speaking their own language and express what they have to say. Let’s listen to them.

Aleksandar Kostić, full professor for the subject of Photographic Image 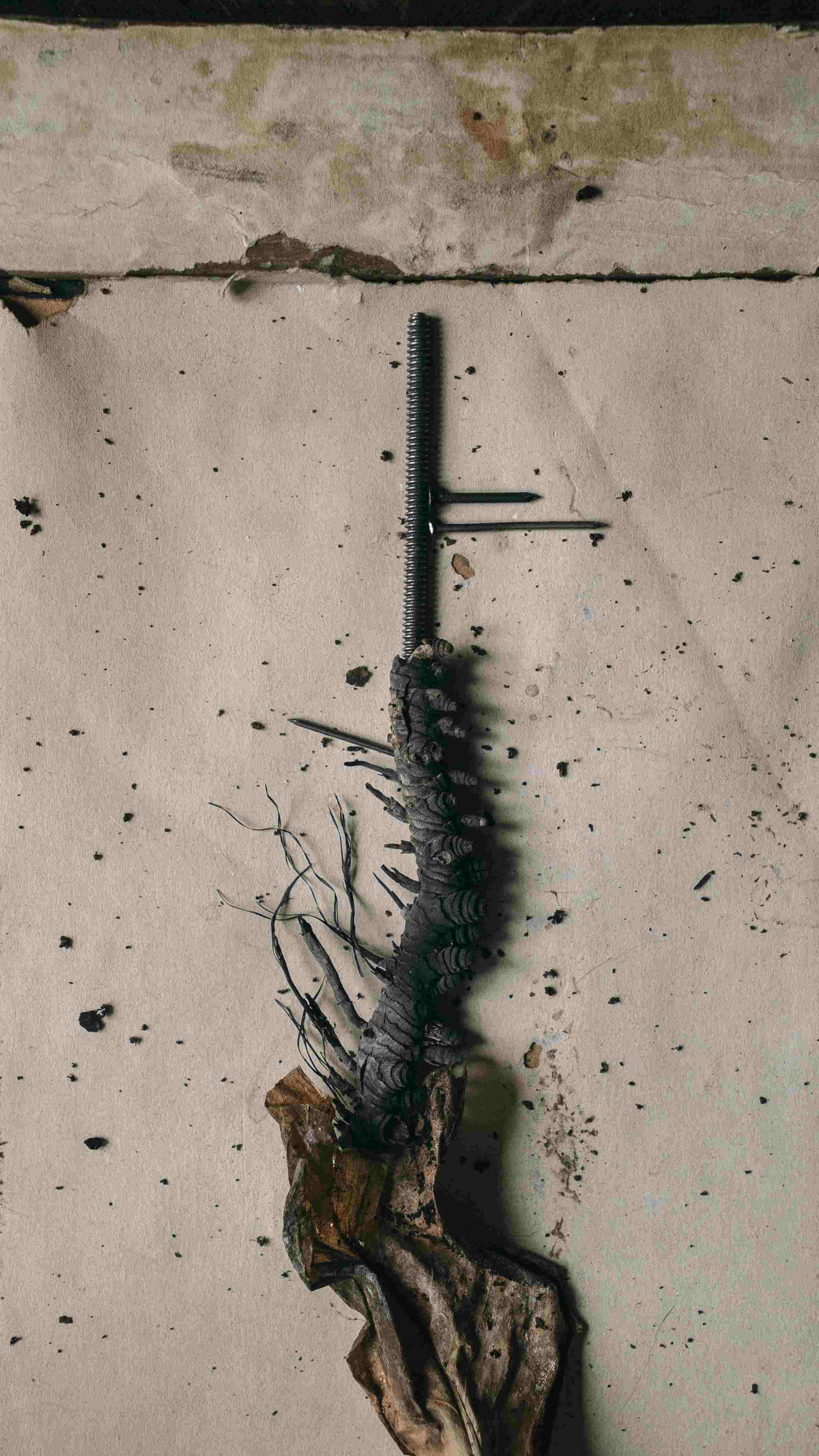 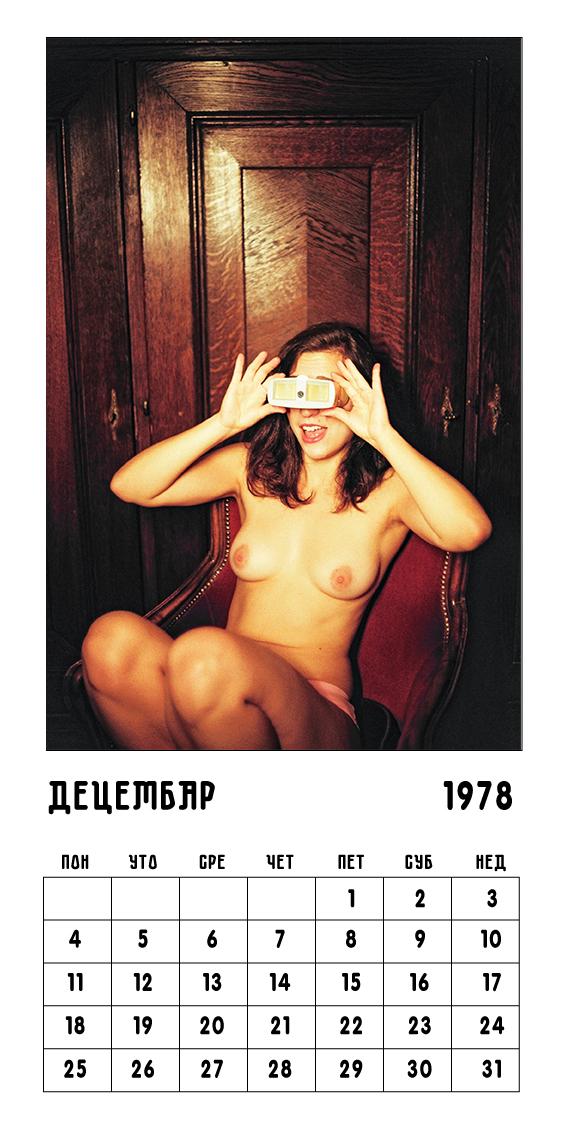 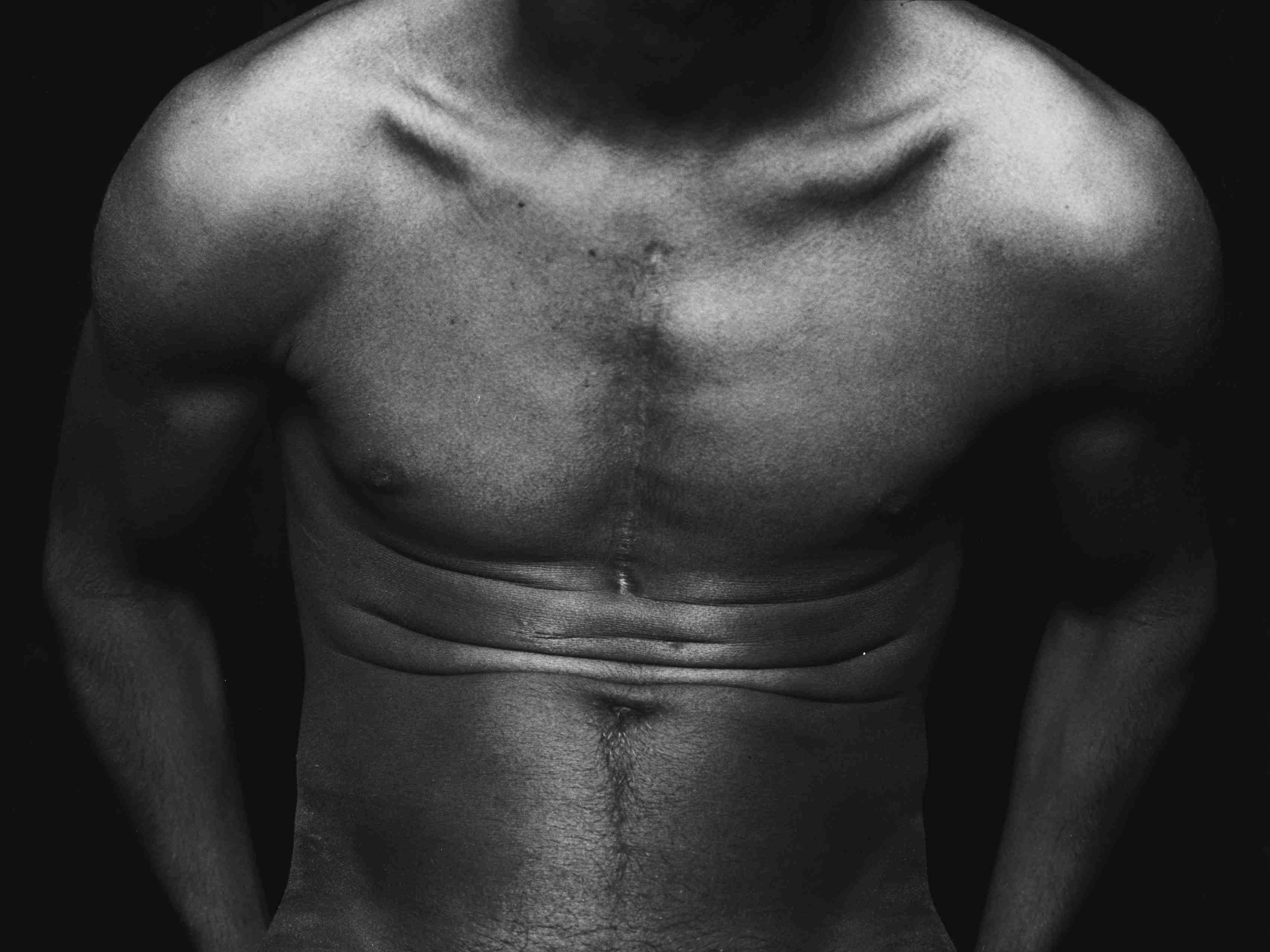 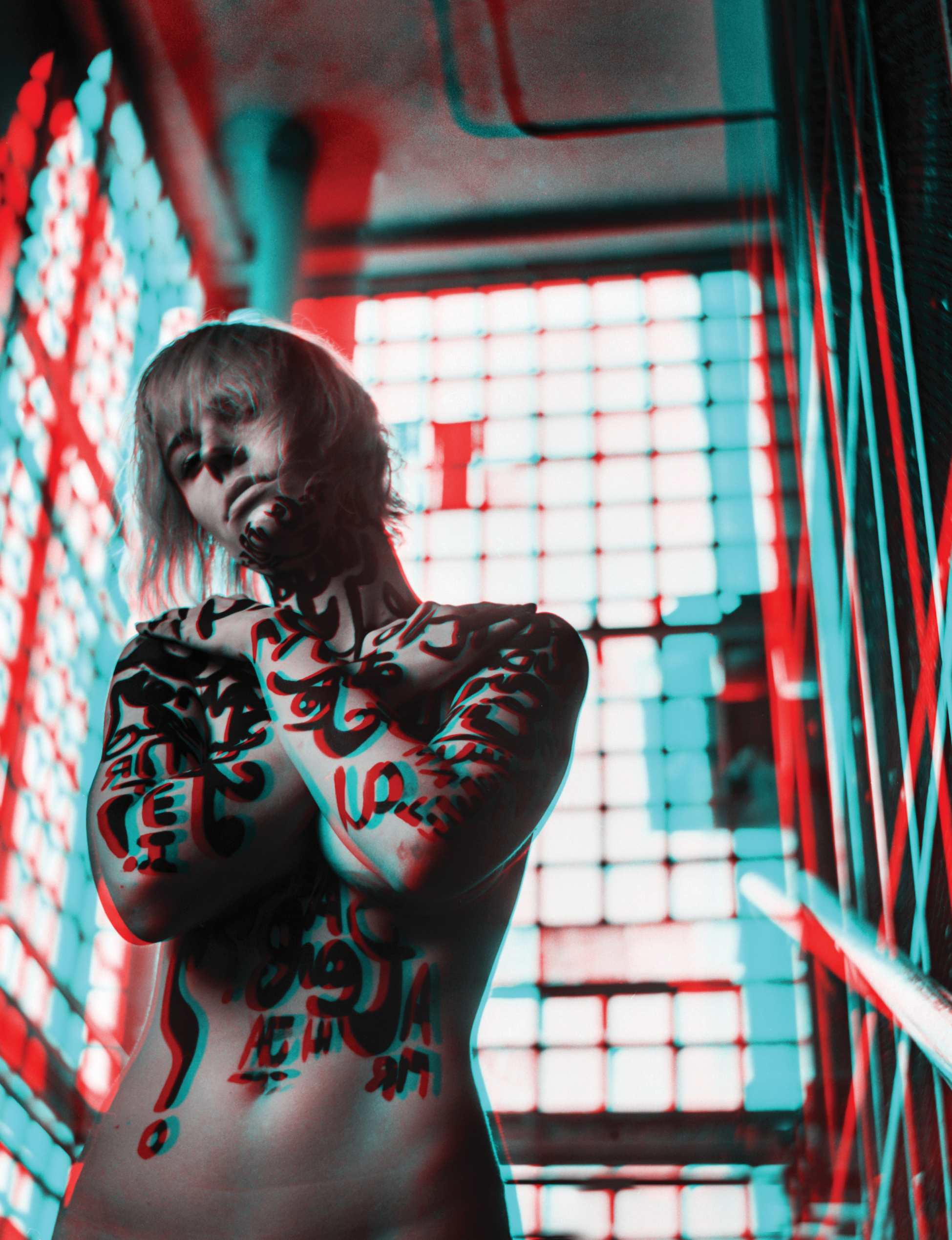 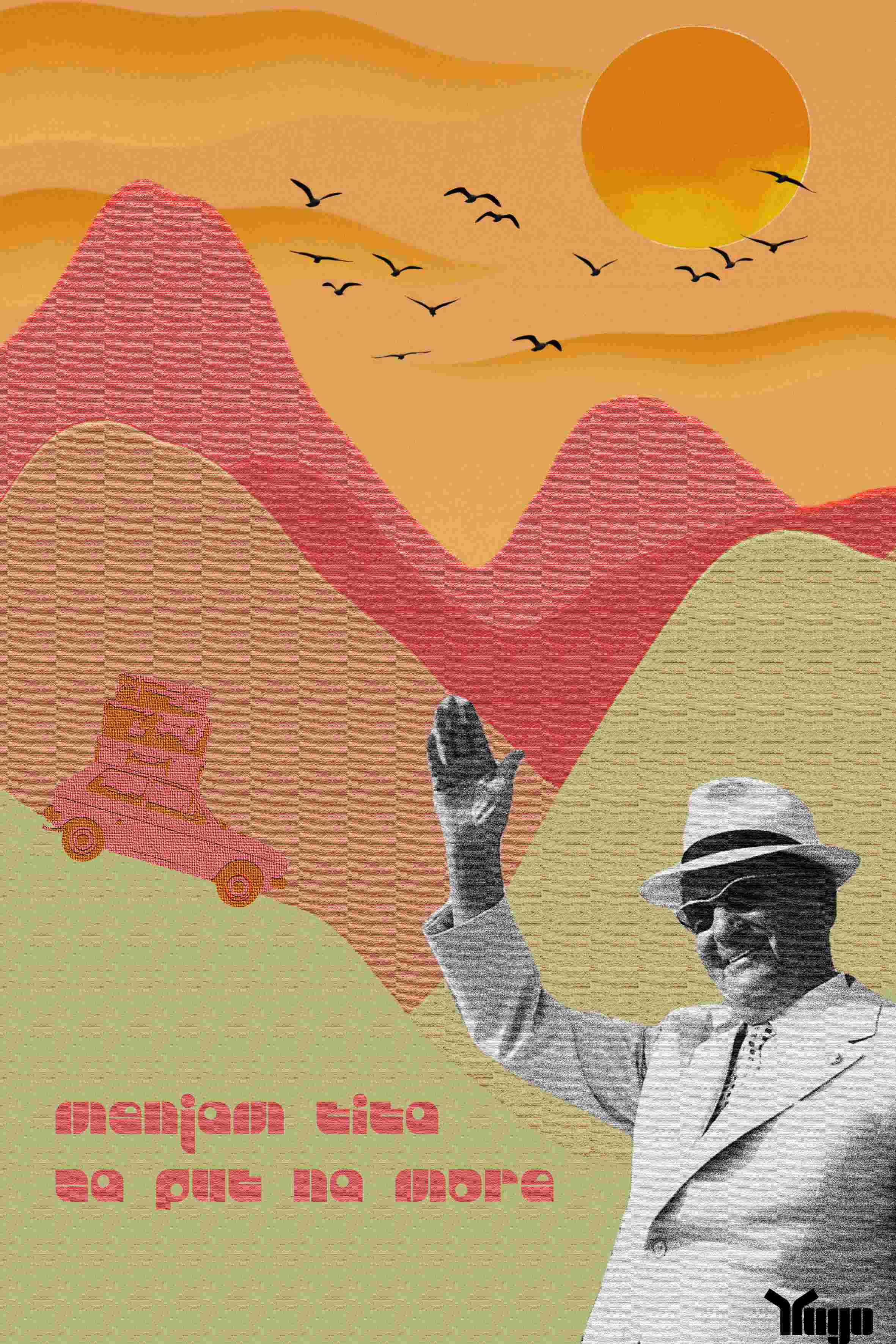 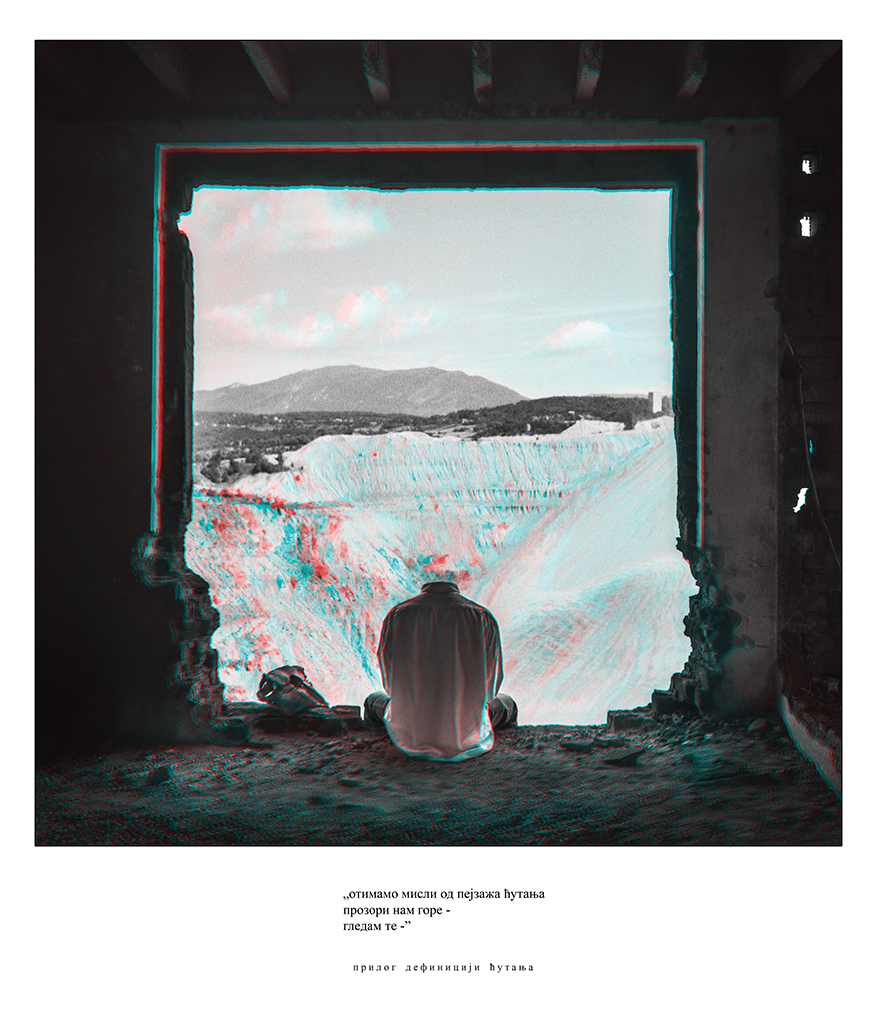