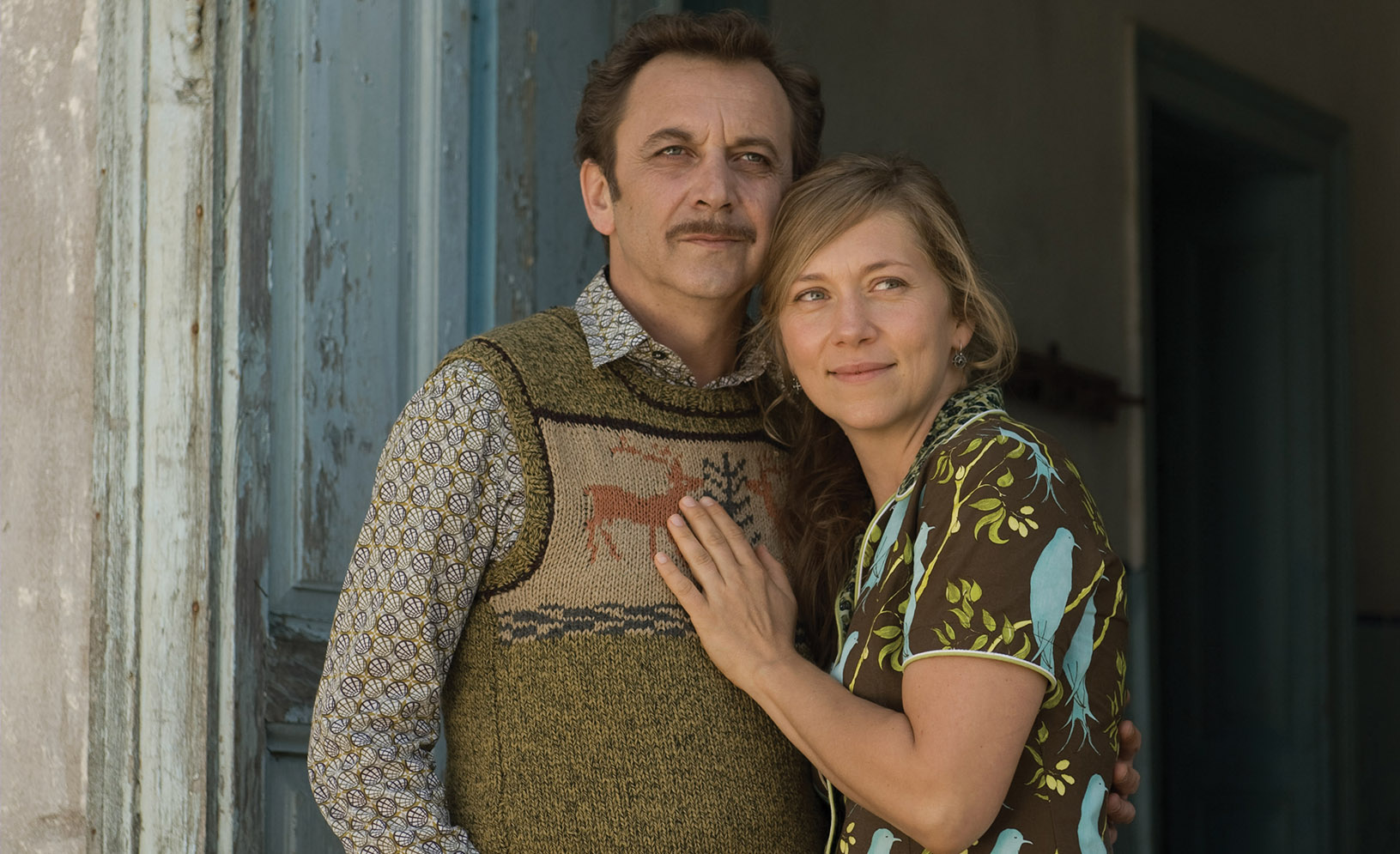 The exhibition THE EYE OF CINEMA, conceived as a set of costumes, fragments, art sketches, photographs, is an authentic testimony and complements the reception of film costume; as documentary narratives, they speak of the gradation of the creative process and various costume design procedures, which give originality and a finally shaped artwork – film. There is no seventh art without costumes reflecting bygone times, creations inspired by fictional worlds, or without simple, impressive clothes, an unmistakable mirror of the spirit of the time and life that a certain film story deals with.
Film costume designing involves constant re-examination and creative synthesis that shows that art can provide unpredictable joy, excitement and a lesson that curiosity is the right way to gain knowledge of truth. Each film is a new wonder, the discovery of the unknown in the known, a dilemma, a different poetic discourse, and each one takes a test of lasting.
The costume designer is also a researcher, an artist and a bold experimenter who re-establishes the creative paradigm. Any chosen strategy implies a concept, principle, but also searching for the specifics of the procedures, the need to go through a creative process, thoughtful collecting of archival material, historical templates, using of different cultural reminiscences, social, artistic quotes in order to get to the essence through aesthetic digressions, to move the associative direction, semantic boundaries and context.
Using a range of fine arts techniques, the costume designer adds an extra layer of complexity to their subjects and shows the endless possibility of the transformation of costume. The value and meaning of communicating the art of costume is an exciting expression of what is beyond the film itself. Costumes, as perceptual scene recorders, undeniable pictorial features in their entirety, transformation and stylization, represent the necessity and exteriority of the film record. They have a rhetorical potential, artistic attributes, a well-designed presentation of something selected, special, whose symbolic superstructure functions cannot be absorbed at first sight, but you constantly discover them because there are always elements that at some point expand the basic film image and try to make its meaning more complex.
Located in certain epochs, the costume becomes a carrier as a time continuum – before and after. It invokes or emphasizes what is not there, what has happened, what is or is not part of the present. Suggestive in design, authentic and true, it transforms the material into the spiritual. It is important to point out the essence: uncovering the hidden, hiding the too visible, imagining of what could be and generating emotions, which are the best transmitters of messages.
Depending on the film context, the expressive possibilities, properties and imperatives of the costumes change and modify. They can get the opposite function from the usual, or a new one. As a tailored object that accomplishes its meaning through the shape and function, the costume is an argument of the dominant idea in making the familiar weird and in surprising the spectator with this filmic transformation.
The costume is a metaphor, a memory, a reflection of the real and the imaginary, which sharpens the multiple role of the actor. The details on costumes are like micro-signs and macro-signs, they gain expressive power, the colours and accents are experienced intensely and directly on them. Details can also have ironic effects, symbolic value and appear as consciously torn-off segments that often serve to allow you to plunge into the subconscious.
The conceptual difference among the films and the synergy of different auteur poetics in the context of this exhibition confirm that I– with the indications by respected directors Goran Marković, “rules are there to be abolished”, and Srdan Golubović, “as in life, a true and authentic costume”, and with an alternative approach to establishing relations among different arts, through analytical and meticulous work, through discovering and reflecting things, understanding, intertwining the real and the fictitious by means of tactile and structural qualities of loading – tried to, through conceptual interweaving, visualize the costumes that offer a clear artistic realization: that a costume can be both eclectic and independent, that it differs in the visual tension, created by locking the eye of the camera with the eyes of the characters and spectators, that it has its own syntax, aesthetic quality and true persuasiveness in valuable film achievements.

LJILJANA PETROVIĆ, costume designer, graduated and received her master’s degree from the Faculty of Applied Arts in Belgrade, Costume Department / Stage Costume, where she is now a full professor of stage costume.
She has designed costumes for many feature films: Otac (Father), Krugovi (Circles), Falsifikator (Falsifier), My Beautiful Country, Klopka (The Trap), Apsolutnih sto (Absolute 100), Mali svet (A Small World), Munje (Lightnings), Kad porastem biću Kengur (When I Grow Up I’ll Be a Kangaroo), Turneja (The Tour), Nož (The Dagger)…; for the second season of the Besa (Pledge of Honour) TV Series, numerous TV dramas, short, animated and animated feature films and more than 350 realized projects in advertising (commercials, music spots).
She has created stage costumes for more than 150 performances in almost all leading theatres in Belgrade and national theatres in Serbia.
She exhibits actively in the country and abroad, and her artworks are part of numerous collections: New Drama Center, Bloomington (USA), Novigrad Lapidarium Museum (Croatia), Faculty of Dramatic Arts in Belgrade, etc.
She has held (by invitation) a great number of art workshops in experimental and stage costume and won numerous significant awards and commendations for costume design. She is a member of the International Association of Costume Designers and Scenographers OISTAT, Association of Applied Arts Artists and Designers of Serbia ULUPUDS and an honorary member of the Croatian Association of Artists of Applied Arts ULUPUH.