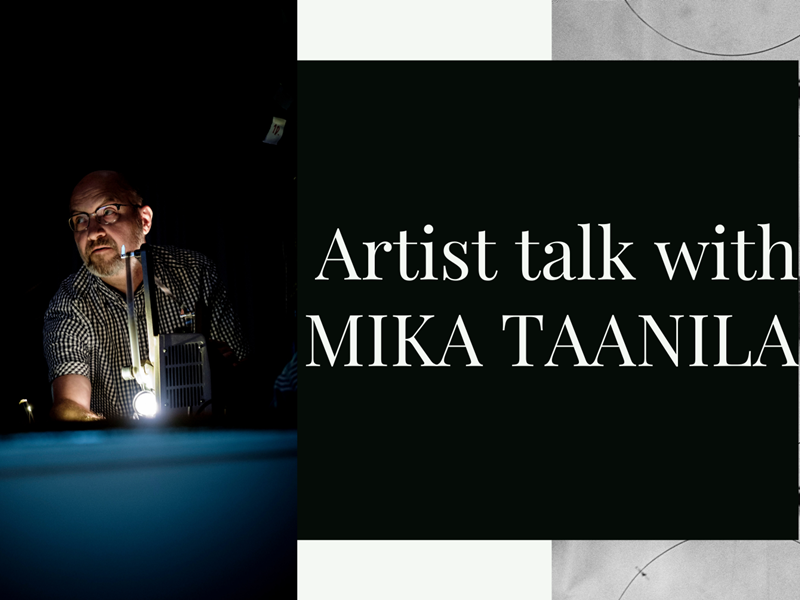 ARTIST TALK WITH MIKA TAANILA
Thursday, Apr 8 2021 at 18:00
on the occasion of his solo exhibition “In Between the Plates” at the Podroom Gallery
The curators of the exhibition, Aleksandra Sekulić and Dejan Vasić will moderate the talk (the programme will be in English)
Zoom link https://us02web.zoom.us/j/87152873293?pwd=RkxCemRtTlZDQVlJZEU0N1pKQkV0QT09
Facebook Live via Cultural Centre of Belgrade Facebook page https://www.facebook.com/KulturnicentarBeograda/

Mika Taanila’s solo exhibition “In Between the Plates” (March 11 – April 15 2021) offers an insight into the body of works which meet and intersect in the area of visual and sound research, from status and displacement of the media image, to the emulation of the media environement of the human life, its coherency and its dispersion. The subject of the film “Tectonic Plate”, an individual lost in the vacuum between time zones, tectonic plates, flights and beds, presents the discrepancy between the human consciousness and the evergrowing pressure of the integrated media systems and pace of obsessive productivity. The space between the “plates”, the liminal space of unexplored relations and power of images, movement and sound, the resound and associations, is where we situate the first solo exhibition of Mika Taanila in Belgrade.