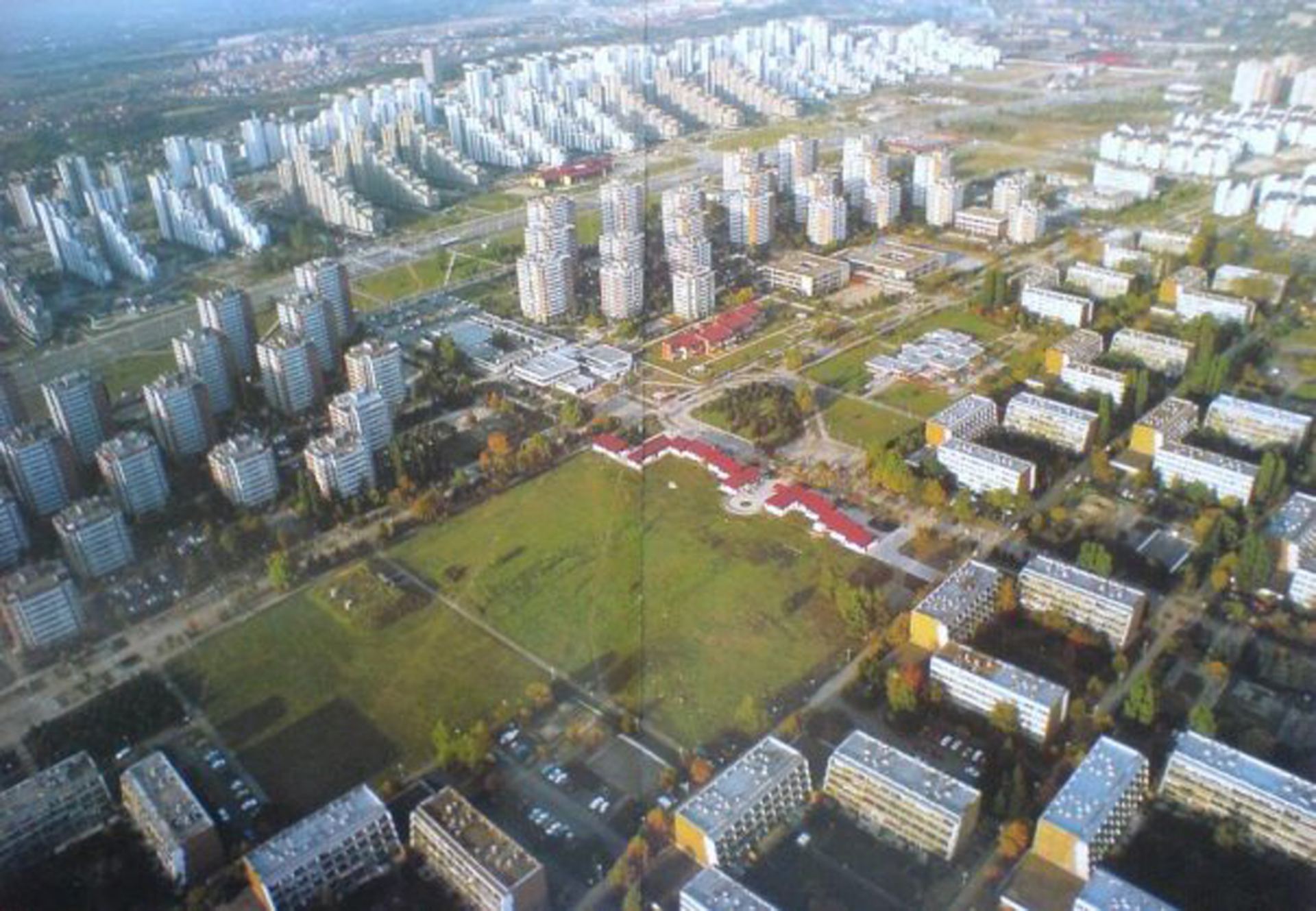 The “Belgrade School of Housing” exhibition will include TV programmes dedicated to our memory of the period of construction and the experience of life in Novi Beograd housing estates. The programmes will be shown by courtesy of Television Belgrade’s Historiography Section and the author and editor of the “Trezor” programme, Bojana Andrić.

A special addition to this segment is the film entitled Such Stuff As Dreams Are Made On by Austrian authors Michael Rieper and Lotte Schreiber, which speaks of the Austrian experience of cooperative collective housing through the examples of several housing estates built within a 40-year time span. The film is shown by courtesy of the Austrian Cultural Forum in Belgrade.

A CITY OF THIS TIME – the Topical Issues in Focus series The idea of New Belgrade (Novi Beograd) appeared in the third decade of the 20th century, but it was just two unhygienic settlements that emerged in that area between the two world wars. After the Second World War, i.e. as early as in 1947, the first youth work brigades took charge of the construction of a new city. Very soon, the new city sprang up on the expansive sandy area between Zemun and Belgrade. The participants in this TV programme include the youth work brigades’ members, constructors and architects, as well as Novi Beograd locals, who tell us about their life in the new city and also mention the facilities it may be lacking in. The programme was made on the occasion of Novi Beograd’s 30th anniversary. It features parts from a film by Miloš Bukumirović, entitled “O ruk Novi Beograd“.
– Participants: writer Đorđe Radišić, former youth work brigade member Desimir Bukvić, president of the Novi Beograd Municipal Assembly dr Novica Blagojević, Milutin and Javorka Nikolić, president of the SSRN (Socialist Alliance of Working People) Vukola Pejanović, Municipal Committee secretary Rodoljub Stepanović, architect dr Aleksandar Stjepanović, architect prof. dr Uroš Martinović, Miodrag Đorđević, Svetislav Stanković, journalist Nenad Ristić, film director Miloš Bukumirović
– Prepared by journalist Nenad Ristić and assistant journalist Nadežda Gaće, read by Selimir Simić; music editor Vladimir Radulović; cinematographer Miloš Bukumirović; sound mixer Velimir Pejčić;  cameramen Miodrag Pavlović, Milan Spasić; lighting technician Sreten Jerkić; editor Milica Petrović; organizer Marija Kovačević; directed by Svetlana Bajić
– Premiered on 10 May 1977, Documentary Programme Section; rerun in the “Trezor” programme on the following dates: 11 March, 17 June and 20 November 2003 and on 5 April and 11 April 2019.
–Duration: 50 ‘

THE BLOCK 45 NEIGHBOURHOOD (ŠESTARI BLOKA 45), Part One – Novi Beograd is Yugoslavia’s best achievement and Block 45 is one of its highlights – said, without any undue sentiment, a participant in this week’s „Trezor“ programme, which is dedicated to the 45th anniversary of Block 45 – a famous Novi Beograd neighbourhood. From the very start of its construction by the left bank of the river Sava, opposite the Ada Međica island, Block 45 stood out among the administratively numbered Novi Beograd blocks as it immediately earned another name, this time full of light and joy: “The Sun Housing Estate.” Forty-five years later, the “Trezor” crew attended an exhibition of photographs evoking this period of construction, the first tenants, the first telephone booth, the first means of transport: horse-drawn carts, boats, buses…. The atmosphere at the venue is full of excitement, laughter and even tears – some have come from afar just to attend this event, but most of the people present are the original tenants – entire families have arrived and each photograph awakes different intimate memories. What “Trezor” shows in the following five days will be documented.
– Participants: the editor of the “Neon” gallery and the exhibition’s initiator Karlo Boras, the first president of the “Sava” Local Community Aleksandar Jovičić, musician Zafir Hadžimanov, economist Predrag Marković, architect Milenija Marušić, art photographer Tomislav Peternek, administrator of the “Old Photos of Novi Beograd” FB page Ivan Morić; guest Bojana Andrić
– Research editor Milena Jekić Šotra, cameraman Dušan Živković, assistant Ivan Vasiljević, sound mixer Milan Đorđević, boom operator Aleksandar Friščić, lighting technician Predrag Borković, assistant cameraman Veljko Jeftović, organizer Gordana Grdanović, graphic editor Milena Marković, editor Aleksandar Andrijevski, author Bojana Andrić
– Shot on 7 March 2019, premiered on 19 June 2019, the Historiography Programme Section
–Duration: 50’30’’

What inspires people to take the initiative and organize communal living themselves? What are the ideals behind it, how do they work out the financing, and how does communal life function? On the basis of six self-managed residential structures in Austria from across forty years, the documentary Such Stuff As Dreams Are Made On goes in search of answers. The filmmakers Lotte Schreiber and Michael Rieper tell these six stories by placing themselves very close to the protagonists.

The pioneers who began the project Kooperatives Wohnen in Graz-Raaba (1975) tell of the genesis from the experimental ideals of the 1960s, of internal and external conflicts, and of growing old in the community. The inhabitants of the Gärnterhof Eco-community tell of living on the periphery between idyll and isolation. The most recent projects, the Wohnprojekt Wien am Nordbahnhof and willy*fred in Linz, show, for their part, the entirely different models and social environments: on one end of the spectrum is the sociocracy with middle-class intellectual responsibility and at the other is the explicitly political ambition of permanently removing houses from the market as part of the tenement syndicate that evolved in Germany.

At the same time, architecture is constantly present in the background. Its specific role as well as the space for political resonance are both reflected on in each case via the inhabitants´ everyday lives. The balance between the lived solidarity and social control and the question of how transparent life should be for the neighbours run as leitmotifs through the film, as does the charged relationship between urban and rural life. Editing and dramatic staging make tensions and in-between spaces visible and tangible, thereby turning Such Stuff As Dreams Are Made On into a film experience that goes far beyond a purely episodic documentary.

Based on five milestones of self-organized and self-managed housing projects in Austria, this documentary explores a variety of topics related to cooperative planning processes from 1968 to the present. Through interviews with the participants and residents of these individual housing projects, such as the activists of the willy*fred in Linz project, or the Gärtnerhof ecological settlement in Lower Austria, the film does not only examine their social and economic demands and sociopolitical significance, but it  also provides insight into the small and large daily conflicts, discussions and benefits that life in a collective involves.

Michael Rieper is a Vienna-based architect engaged in the fields of architecture, film, art & design, who teaches at TU Wien.

Born in Austria, on 20 August 1971.
Lives and works in Vienna. Filmmaker and artist. 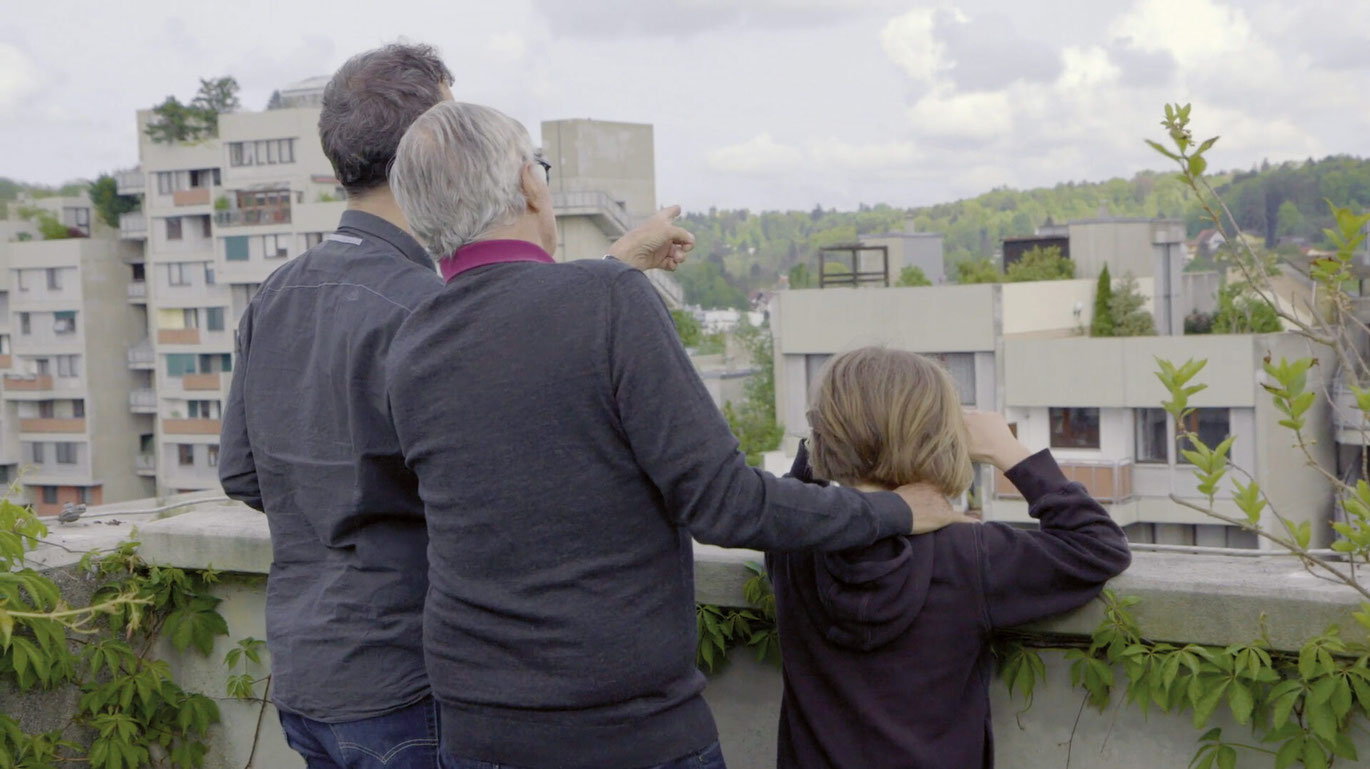 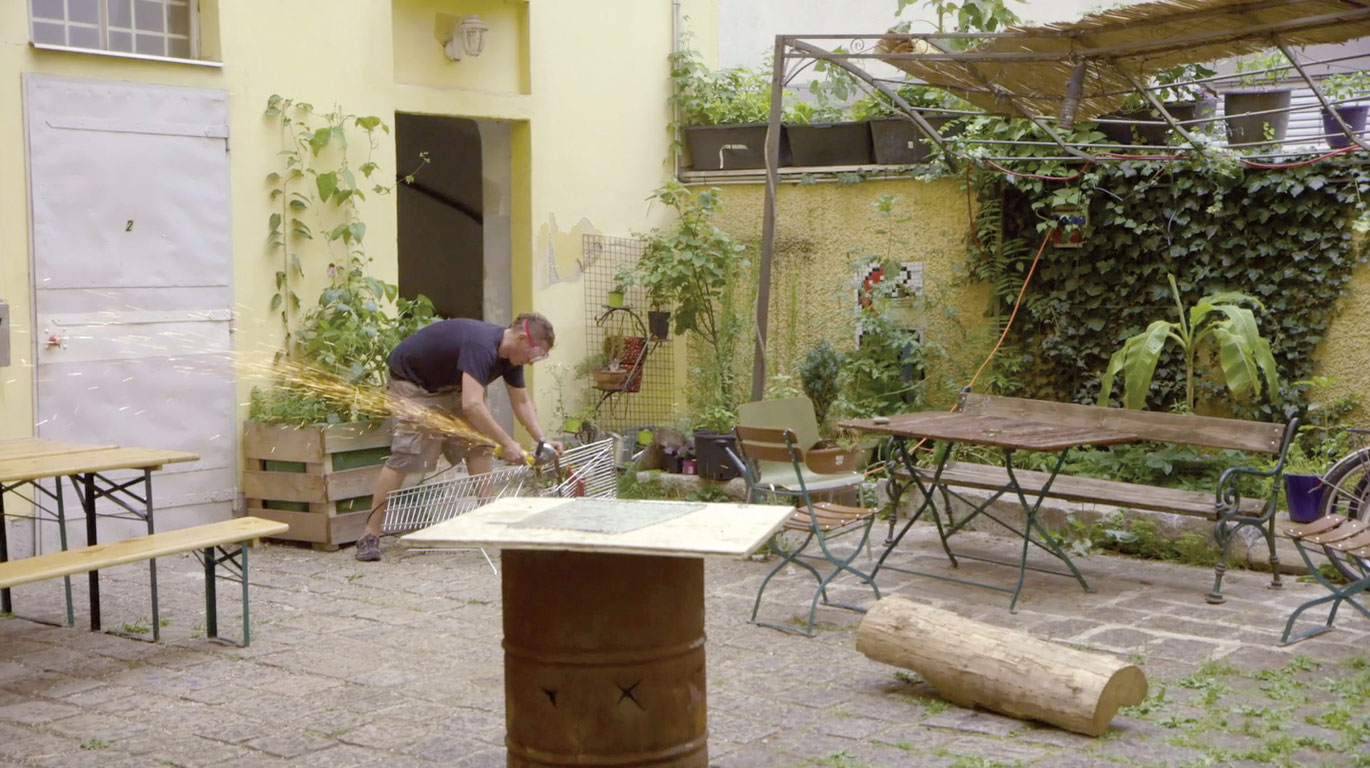 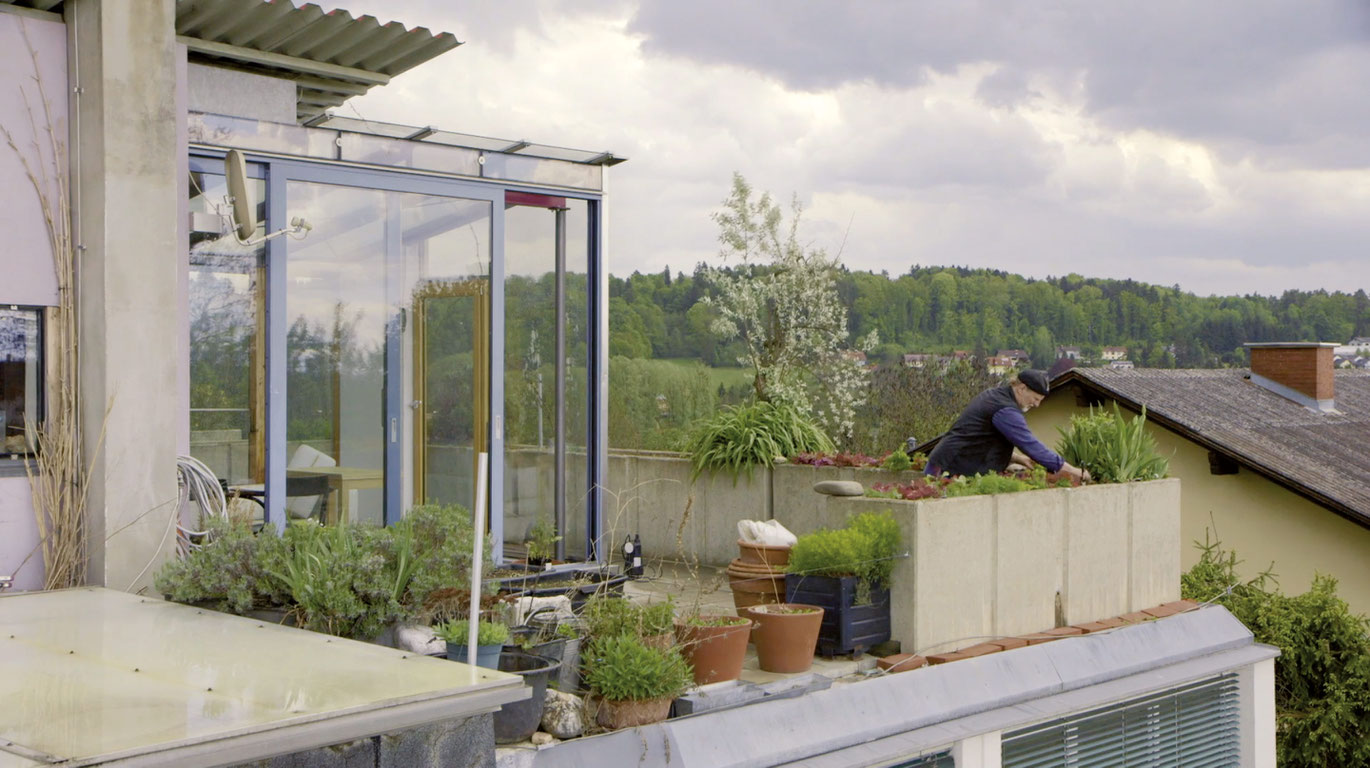 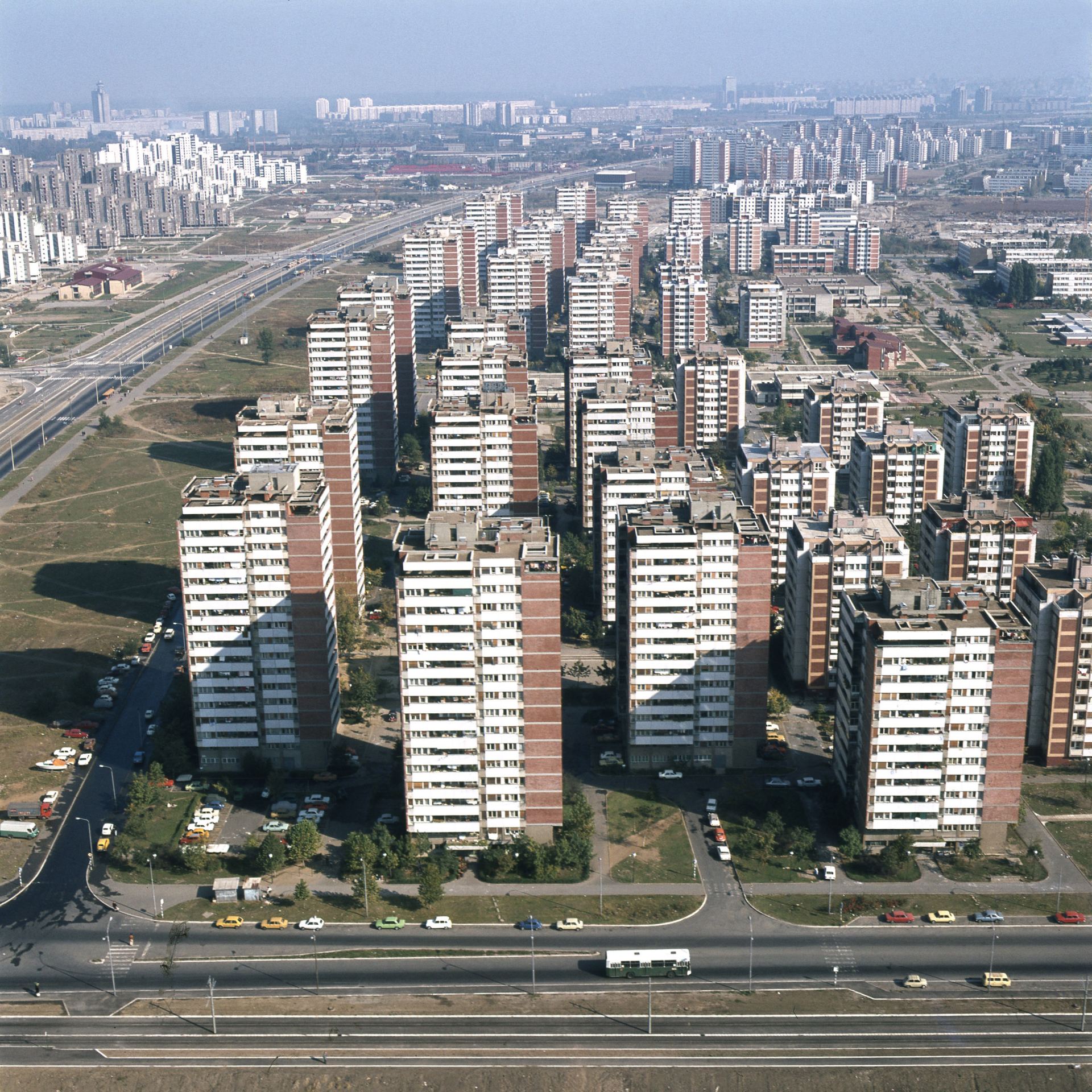