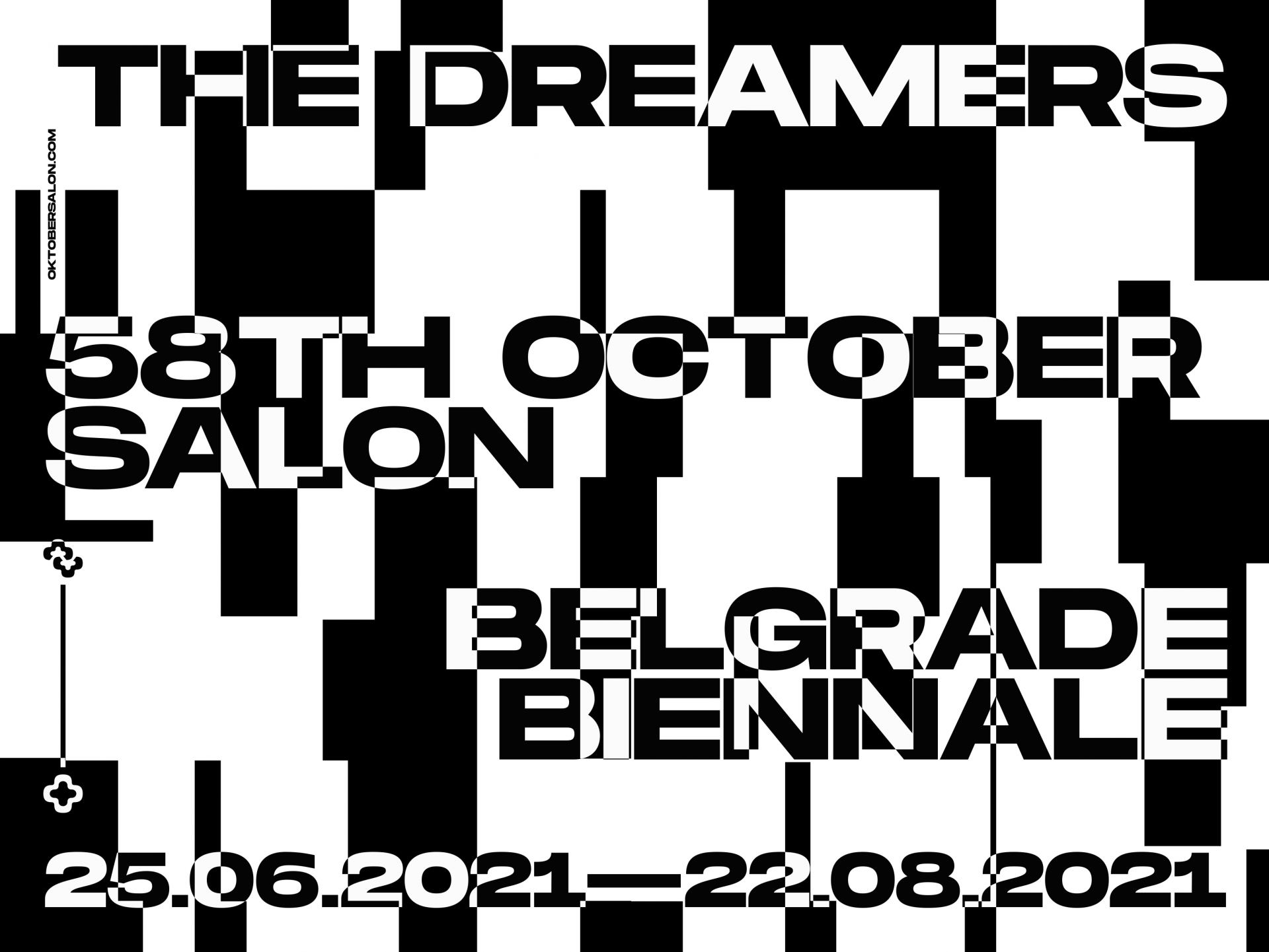 The largest part of the exhibition of the 58th October Salon – Belgrade Biennale – which includes over 140 works, 40 of which are new productions, while 20 are public interventions and various site-specific oeuvres – will be presented at the Belgrade City Museum in Resavska Street no. 40b, galleries of the Belgrade Cultural Centre, the Movie Theatre of the Belgrade Cultural Centre, the park of the Museum of Yugoslavia and a number of public spaces all over the city. It is planned for this year’s edition of the Salon to involve television and radio platforms as exhibition venues.

It had been originally planned for the main exhibition to be held in the Belgrade City Museum building in Resavska Street, yet late last year, the venue was changed to the Museum of Yugoslavia, only to be replaced once more with the original location in Resavska Street. The opening was initially planned for 19th September last year, then moved to 16th October, then to 4th June 2021. The change of the main exhibition venue resulted in yet another postponement of the exhibition opening, to 25th June 2021.

The pandemic has made planning harder, especially when it comes to international events, while finding the adequate exhibition space has been a major challenge for the organisers.

With the reconceptualised outlook of The Dreamers and participation of 63 artists and artistic groups, the exhibition still features the complexity of our world and “the ability – now more than ever – to create Worlds and not only to inherit and live within existing ones”. (Ian Cheng) By tracing the fundamental role of dreams in defining the most authentic spirit of the human being in every age and culture, the exhibition defines the world of dream as a timeless and universal space, capable of overcoming cultural, gender, religion, expression and language barriers.

What follows is the list of the artists and artistic groups participating in the 58th October Salon – Belgrade Biennale: