MILENA MARJANOVIĆ presents IT IS THE SPIRIT THAT BUILDS THE BODY FOR ITSELF Zorica Bajin Đukanović, Danilo Cvetanović … 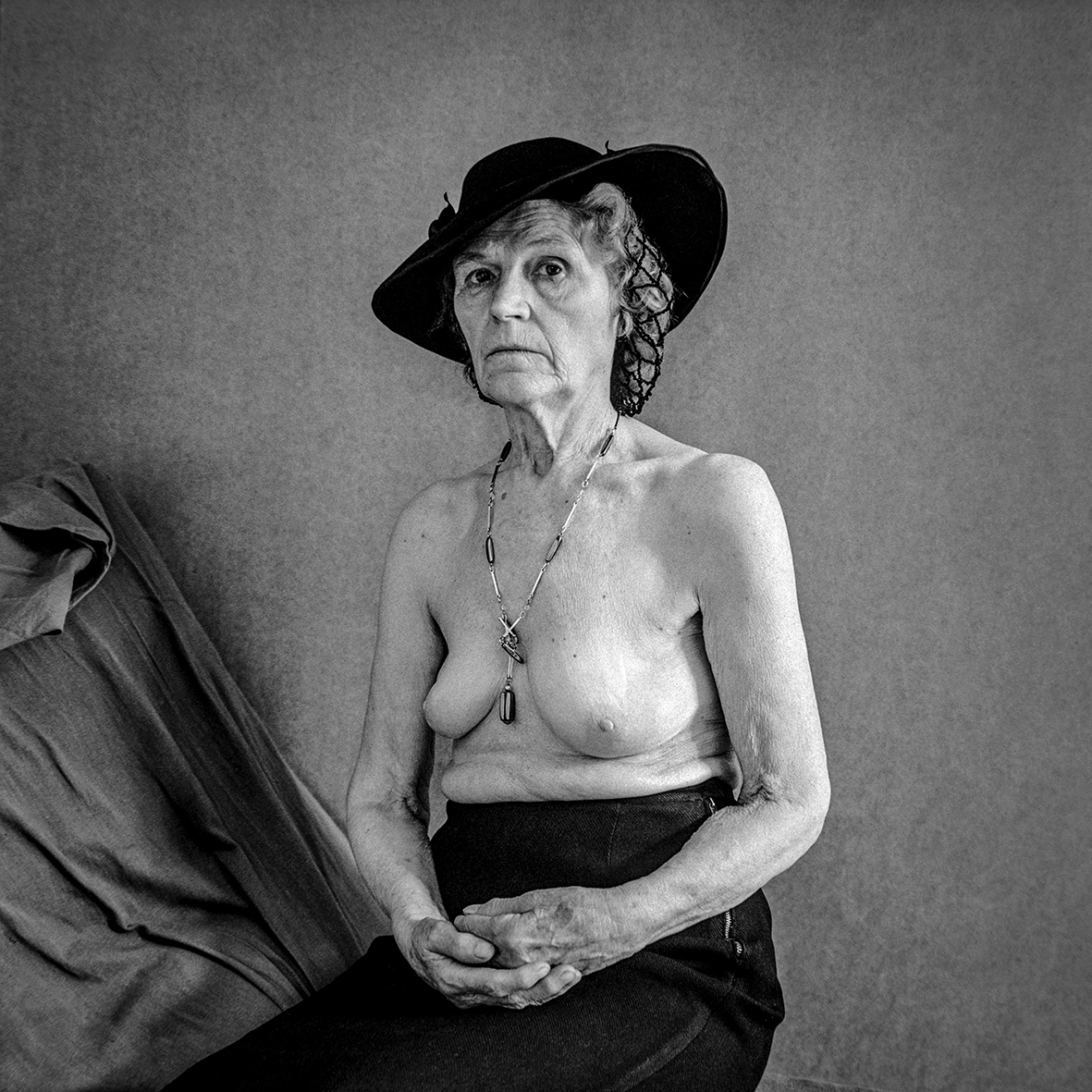 Milena Marjanović, an artistic director of the Artget Gallery in 2019, for the 20th jubilee Gallery’s season has chosen to deal with the often present and never sufficiently researched theme of the nude in domestic photography within the exhibition It is the Spirit that Builds the Body for Itself, giving one of the possible cross-intersections in its post-war development through works by selected artists: Zorica Bajin Đukanović, Danilo Cvetanović, Svetlana Dingarac and Fadil Šarki, Ivan Grlić, Dragoslav Mirković, Dragiša Radulović, Nenad Nino Rakićević, Milan Živković and Nemanja Živković.

The number of artists presented in the exhibition It is the Spirit that Builds the Body for Itself is dictated by the Artget Gallery space, and the selection of five works by each of them corresponds to the idea that their nude studies should not only be clearly presented to the public and listed accurately, but also cover the development of nude photography in our country. All the authors adhere to the artistic approach to nude photography. None of them “slips” into banality, pornography or any kind of aggression, or into exhibitions or photoshop manipulations for their own sake. They are obsessed with the beauty of the human body (mostly female) through which they talk about their preoccupations, their striving to explore shapes, the relationship of light and shadow, harmony with the environment… Thus, in fact, approaching the body, they initiate a story about the passing of time, timeless hope, an oasis of serenity but also about irrationality and dreams. A story that touches us with the undisturbed humanity of the theme, without a negative connotation – a narration based on the warmth of the body (of the model) and the subtlety of the spirit (of the author). For, it is the spirit that builds the body.

In our country, in the 1960s and 1970s photography got closer to painting; in other words, it was accepted as light painting: painting with light. Miodrag Đorđević contributed a lot to the elevation of photography to the level of fine arts with his lumino kinetic pieces (photo-pictures), especially when enlarged to meter dimensions, which were preceded by anthropographies (photographic imprints of the human body). In his interviews about experiments in photography, he said two key sentences, “The photographer must create a picture.” and “All my searches come down to the desire to affirm photography not as an extension of the eye, but as an extension of the mind.” And, like Đorđević, who observed nude photography through intellectually-conceived play to get to his lumino kinetic works, Danilo Cvetanović bases his work, moving from nude-naturalism to art-graphicism, on such play. Both are, in fact, interested in the picture, and not in a photograph that mirrors the body. The road to reducing the body to a shape and “drawing” was a long one. Although Cvetanović’s solo exhibition at the Salon of Photography in 1969 had three themes “Youth”, “Gypsies” and “Female Nude”, it was a stop on the itinerary of “achieving independence” for the nude as a motif. A different stop on the same itinerary was shooting the female body from the aspect of the shapes that build light and dark areas or deal with the tones of white, impressive on Dragiša Radulović’s early works – nudes from the 1960s on. Then come: Zorica Bajin Đukanović (insisting on a poetic photo story), Svetlana Dingarac and Fadil Šarki (focusing on a psychological photo essay), Nino Rakićević (concentrating on the composition), Milan Živković (focusing on chiaro/scuro), Dragoslav Mirković and Ivan Grlić (preoccupied with the atmosphere) and Nemanja Živković (turned to tactility). It took more than a century from the first news that, through Dimitrije Novaković, a Serb who learned a new skill in Paris, photography reached the Principality of Serbia in 1839 to exhibitions in which the nude was an autonomous, sophisticated motif. To illustrate the situation on the photographic scene in our country, as far as the nude is concerned, we can use Cvetanović’s words, “I mostly received awards for collections [of nudes] in big cities. In small towns, nudes were not exhibited at all, because an apparatchik could have come to the House of Culture, for whom anything naked would be – pornography, and taken them off. To avoid that, the jury usually obeyed the commonly accepted opinion”. Most likely this was the reason why a large number of photographers shot nudes more for themselves or, I would say, “in passing”, attracted by the indisputable appeal of exploring the form or light, sensuality or eroticism.

Anyhow, the body as inspiration persists as a theme regardless of all changes in the society, even of the minimalist claims that it should be “abolished” as such and turned into a form in itself, less and less associated with the curves of the human figure and more and more with sand dunes shaped by the wind.

Despite competition between the two arts, painting has contributed to the nude becoming a photographic motif. Namely, after the discovery of photography, painters started using it as an aid and painted the human figure after photographs. Even while painting nudes after the model, many painters additionally used photographs. The use of photography for painting became a mass phenomenon in the 20th century although some precursors of photography (lenses and mirrors) were known as early as in the Renaissance. While at academies nudes were most often painted after a model who posed, in the studios, painters more and more leaned on a photograph of the model. The body has always been the subject of artistic fascination, and photographic, too, since its beginnings. (The first nude photographs appeared in 1848, about ten years after the discovery of photography and the authors of these daguerreotypes were the French painter Charles Nègre and the German photographer Hermann Krone.) In that sense, Sam Haskins’ credo, “I want to show the female body warm and lively, and not like a piece of cold marble or marzipan” is advisable. That is exactly what I wanted to show with this exhibition.

Zorica Bajin Đukanović
Back to the Noise, 01, 02, 03, 04, 05, 2012
First you dream something, and then you find a way to transfer those scenes from the reality of the dream to the reality of reality. Today, I try to get as close as possible to my dreams by photographing. And I save most of my energy for my own visions. Imagination is the queen of abilities.
© Zorica Bajin Đukanović

Danilo Cvetanović
White Cycle, 2004, 2007, 2004, 2004, 2007
There are no ugly women in this world, everyone has something beautiful and my goal is to immortalize the beautiful, whether it is an elbow, navel, legs – there is always something. It is a model who is ideal, with everything beautiful, but that’s rare. The more I struggled to find the beautiful side, the more interesting it would be for me. The biggest problem is always the question of trust, what will happen with the pictures tomorrow, none should have baggage.
© Danilo Cvetanović

Svetlana Dingarac and Fadil Šarki
The Irrationality of Memory, Sithonia, 2011

Is it possible to avoid pain? Yes, but you’ll never learn anything.
L. Durrell

The decision to disappear from the outside world was not made for some specific reason because it would have been a conscious decision whose consequences she could foresee. The escape was caused by a state of permanent confusion and inability to understand this eternal repetition of the same mistakes, the same defeat. The path she pictured to herself and chose, and then followed confidently (for who would know that better than her), suddenly disappeared on the horizon, like a mountain path that suddenly leads straight into vertical rocks that are impossible to climb.
© Svetlana Dingarac and Fadil Šarki

Ivan Grlić
Flesh for Fantasy I, 2004, Flesh for Fantasy II, 2016, 2017, 2017 and 2017
Turning eroticism into a commodity, fashion and social motivation destroys its essence. The sexual revolution was a wave of despair. After it, asexuality came into vogue. The degeneration of eroticism in the modern world has made false moralists strangely happy. Freedom in eroticism can develop in an eruptive or a refined manner; if it does not exist – it cannot be simulated, but it can be desired.
© Ivan Grlić

Nenad Nino Rakićević
Models, 01, 02, 04, 05, 06, 1986
Journalistic photography did not fulfill me completely; I was also attracted to “artistic” photography. I was interested in the stories of the models, their destinies… At the suggestion of Tomislav Peternek, I applied for the competition of the Photo Club of the Faculty of Sciences and Mathematics and won the First Prize, for the first photograph. I then made a whole series, and numerous recognitions followed, which encouraged me to go to study photography in the USA in 1988.
© Nino Rakićević

Milan Živković
The Second Sleep, 2014–2019: Strictly Controlled Chaos, 2014
The Second Sleep – REM, 2019–2021: Allegro ma non troppo, 2021, Fear of the Whiteness of Matrix, 2021, End of Show, 2020 and Negative-Pozitive, 2019
Nude photography has always been a process between revealing and hiding: a clear ambivalence of what is visible and everything that is invisible or only sensed, of shame and curiosity, the ordinary and the provocative.
© Milan Živković

Nemanja Živković
The Privilege of Self-Awareness, 2020, male nude; The Knowledge of Transience, 2021, female nude
The search for timeless sensuality with the help of well-known symbols of rudeness and tenderness (the moment before their disappearance) leads to photographs in which the essence of an experience based on very careful observation is preserved. In this way, the photographer begins his visual journey towards abstract forms that are ready to respond to the utilitarian principles of independent existence.
© Nemanja Živković

Milena Marjanović, art director of the Artget Gallery in 2019, graduated from the Faculty of Philosophy in Belgrade, Art History Department, and attended postgraduate studies at the Faculty of Philosophy “La Sapienza” in Rome, with prof. Giulio Carlo Argan. She has been working as a journalist for years, and at the same time she is the author of a large number of monographic and study texts in the field of art history and theory, translator of significant and capital works in the field of art criticism and art theory (J. C. Argan, F. Menna, A. B. Oliva …), curator and co-curator of exhibitions in important institutions in the country and Europe. 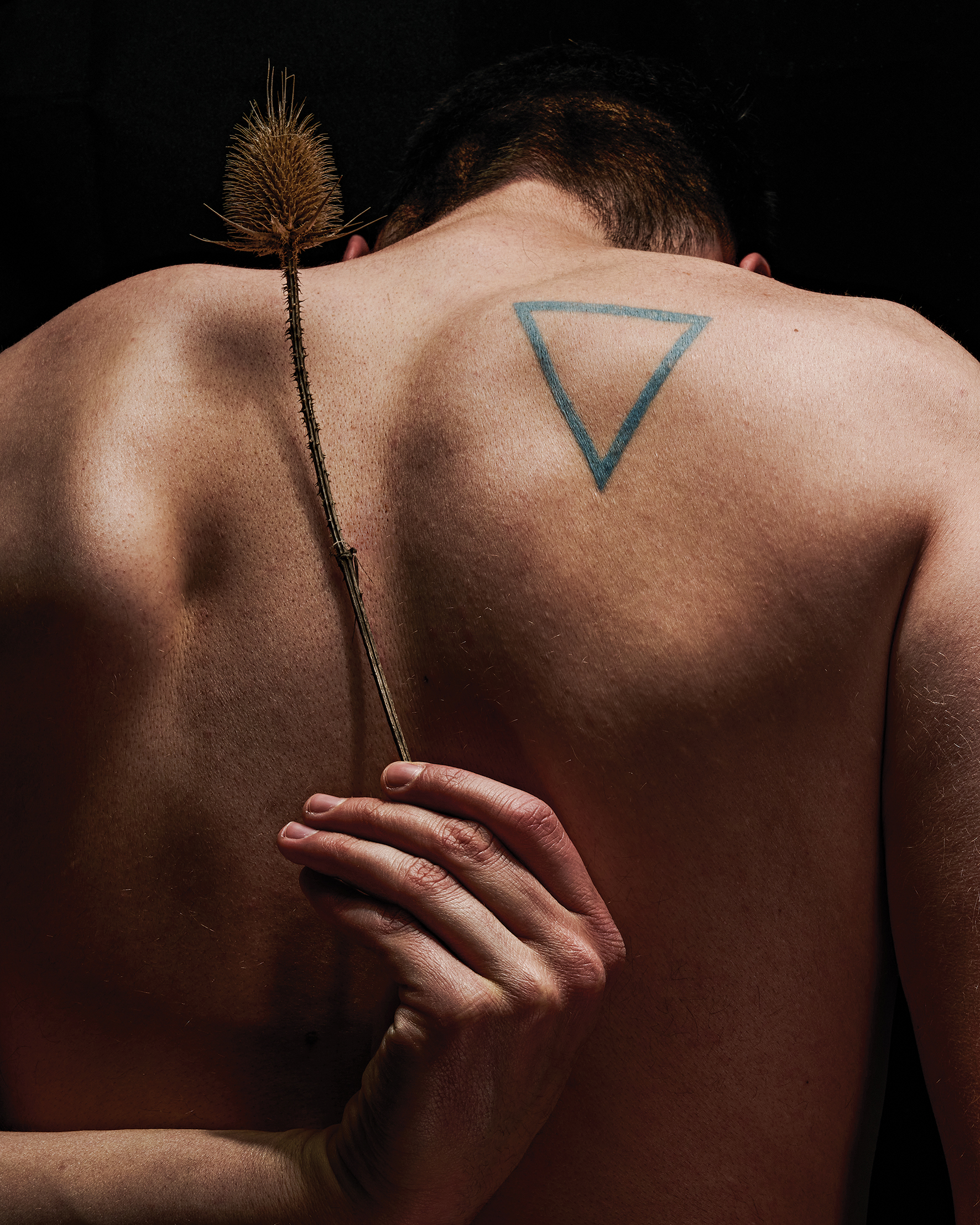 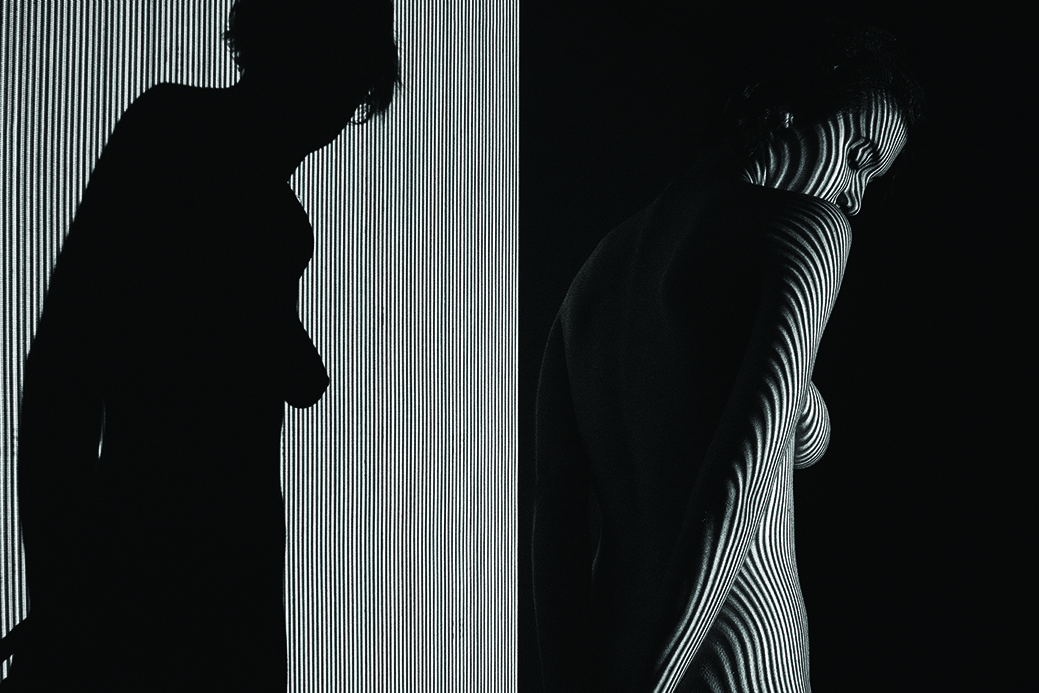 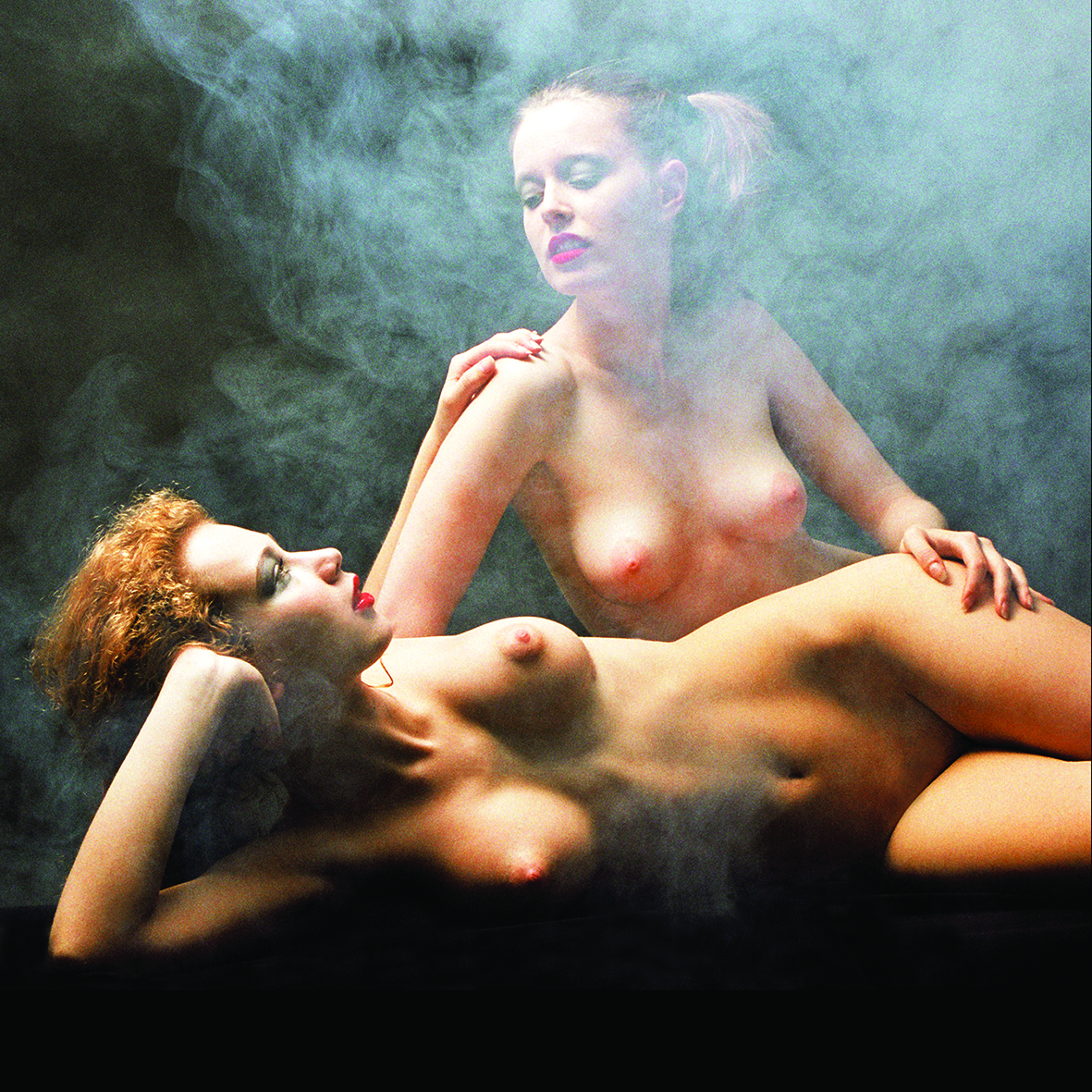 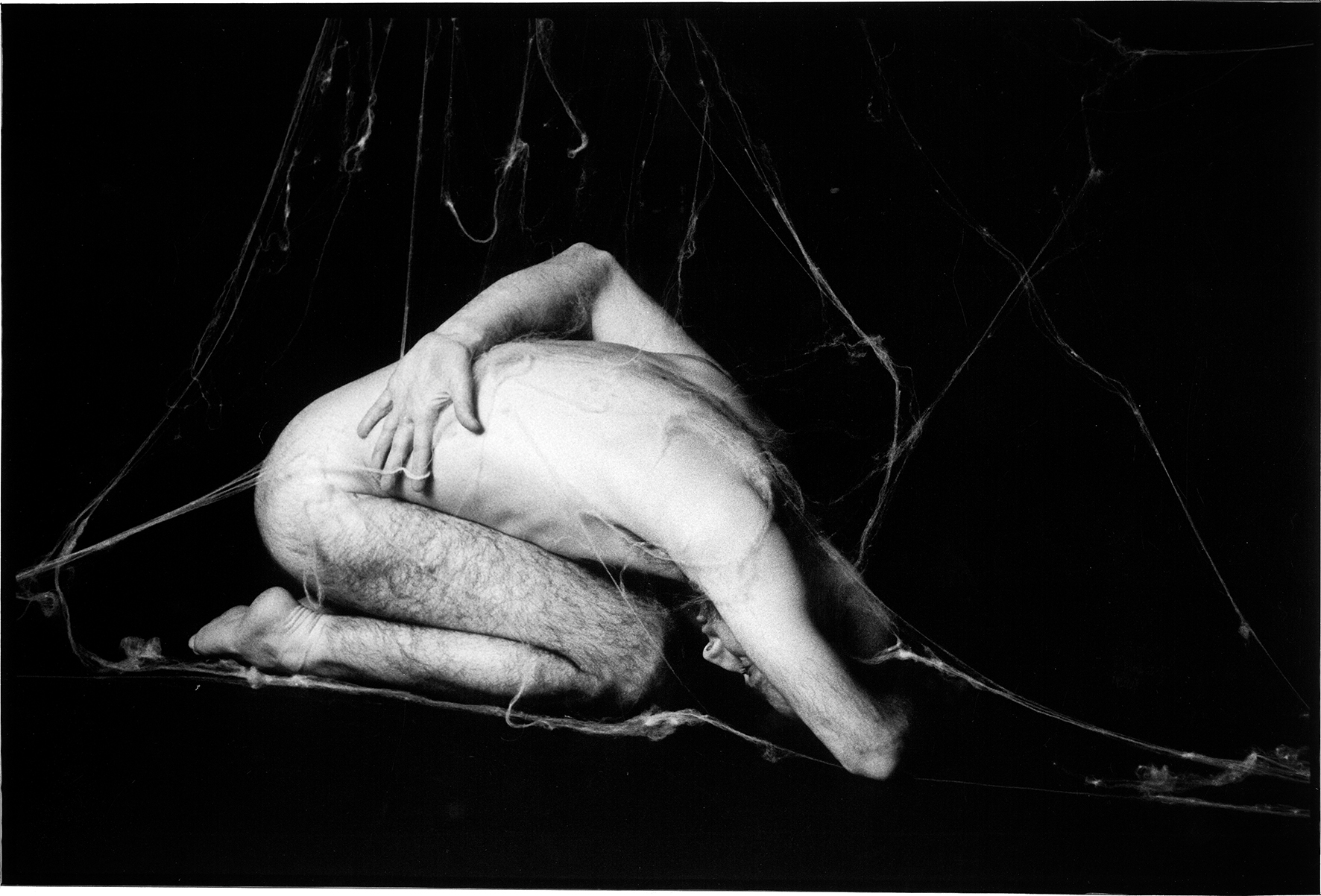 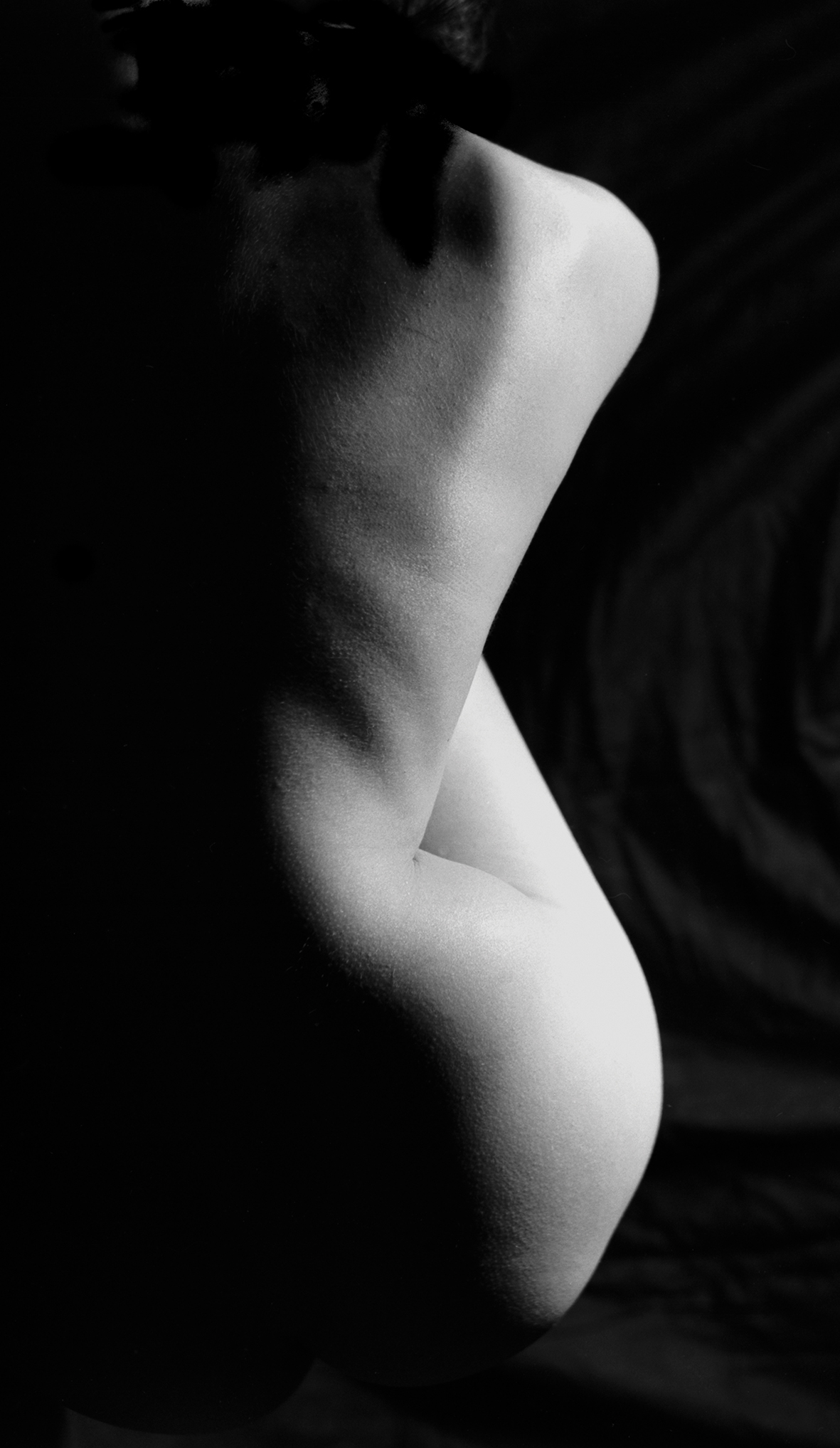 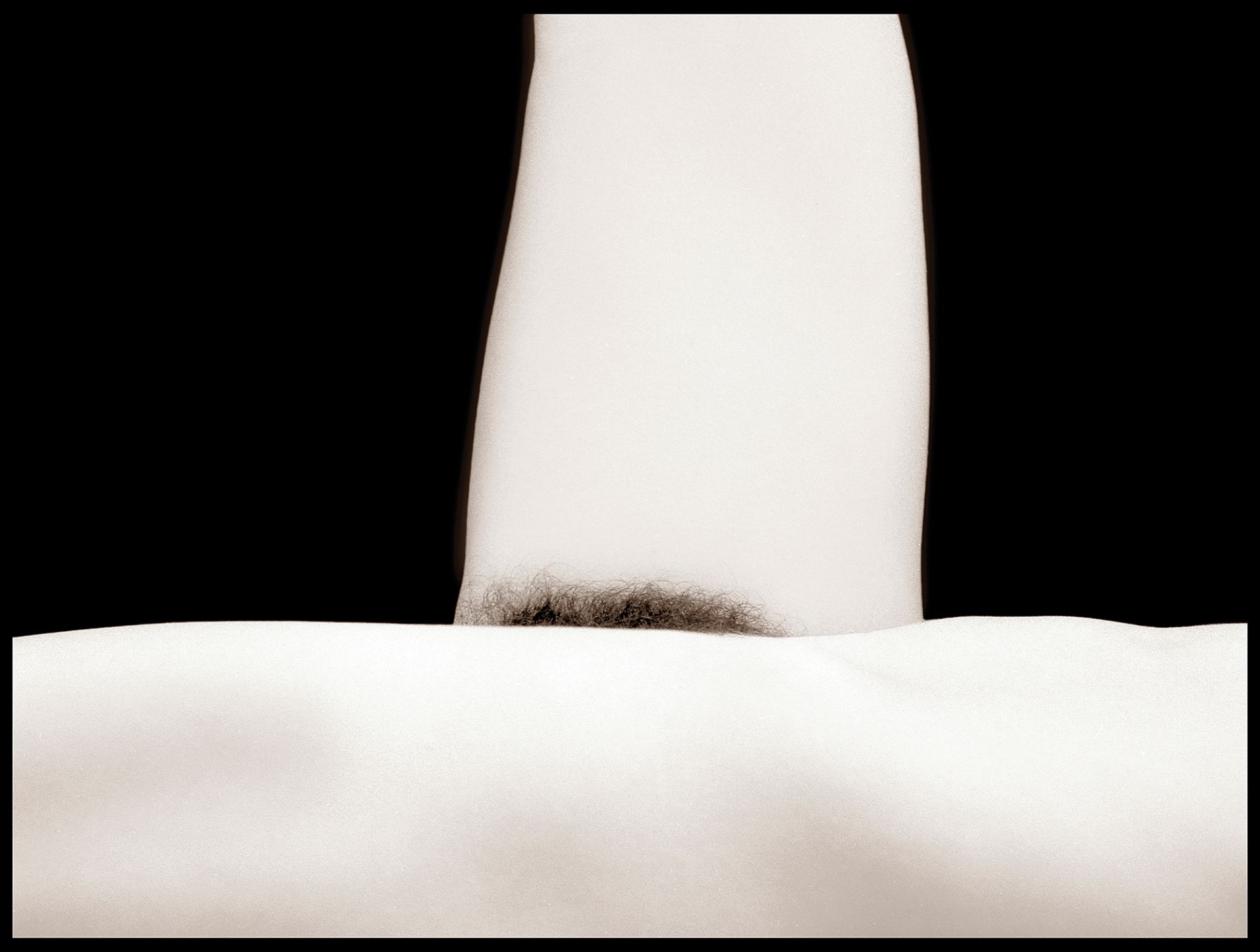 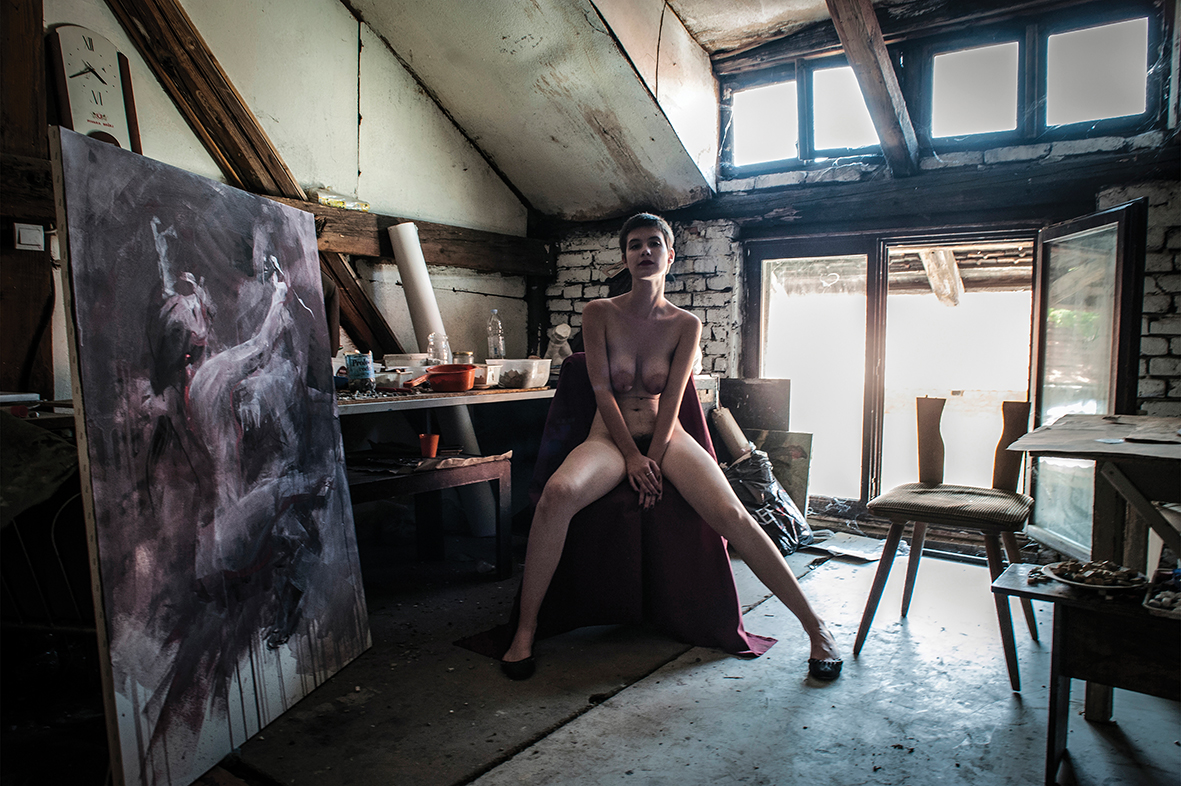 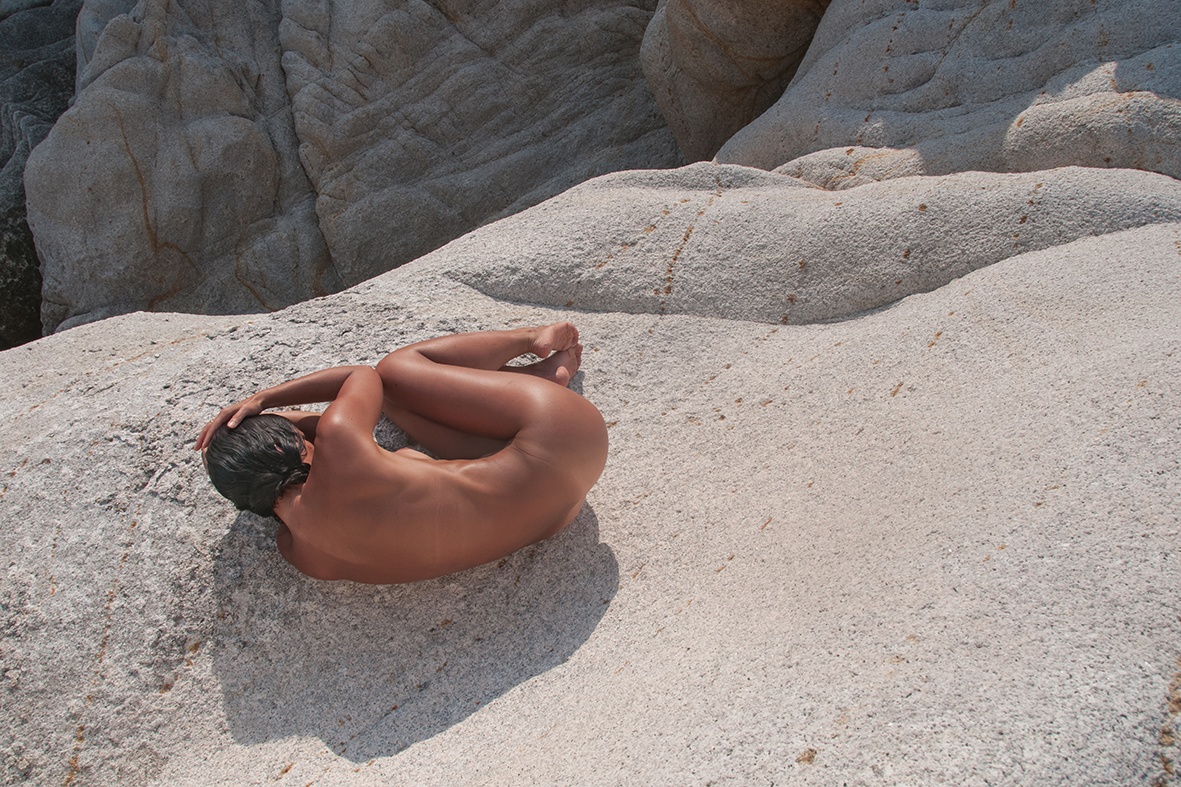