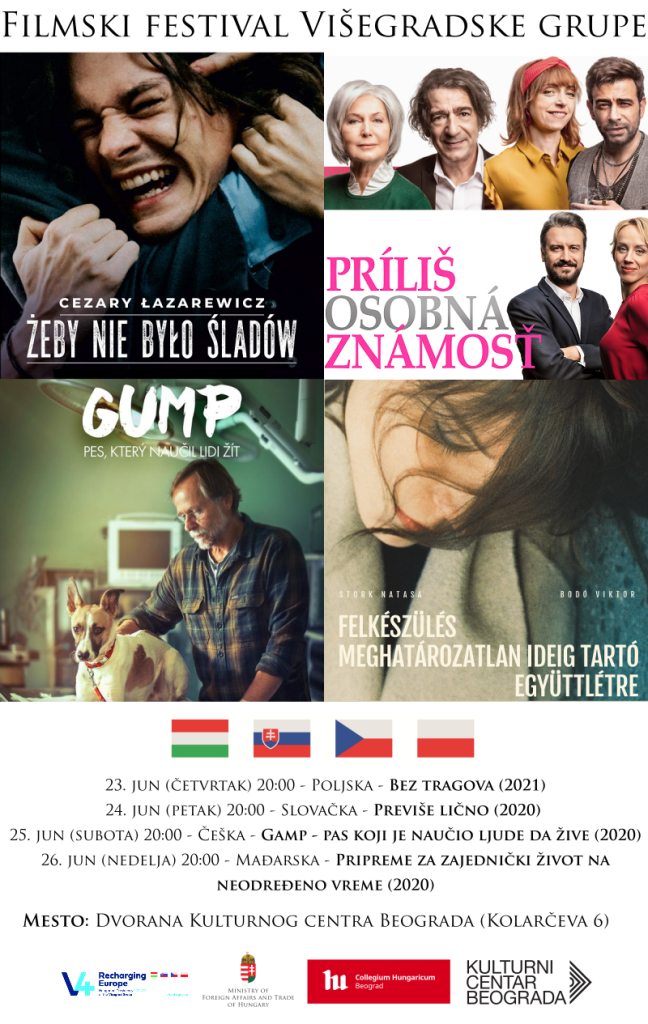 The countries of the Visegrad Group – V4 are working closely together to advance their common interests within the European Union, support stability in their neighborhood and jointly promote the region globally. Organized by the Department of Culture of the Embassy of Hungary – Collegium of Hungaricum and the Cultural Center of Belgrade, films will be shown on the occasion of the conclusion of the Hungarian presidency of the Visegrad Group until June 30. From July 1, 2022, the Visegrad Four will be chaired by the Czech Republic.

In the period from June 23 to 26, the Belgrade audience will have the opportunity to see films made in the last two years in the Hall of the Belgrade Cultural Center as part of the Visegrad Group Film Festival, chosen by representatives of the Polish, Slovak, Czech and Hungarian embassies.