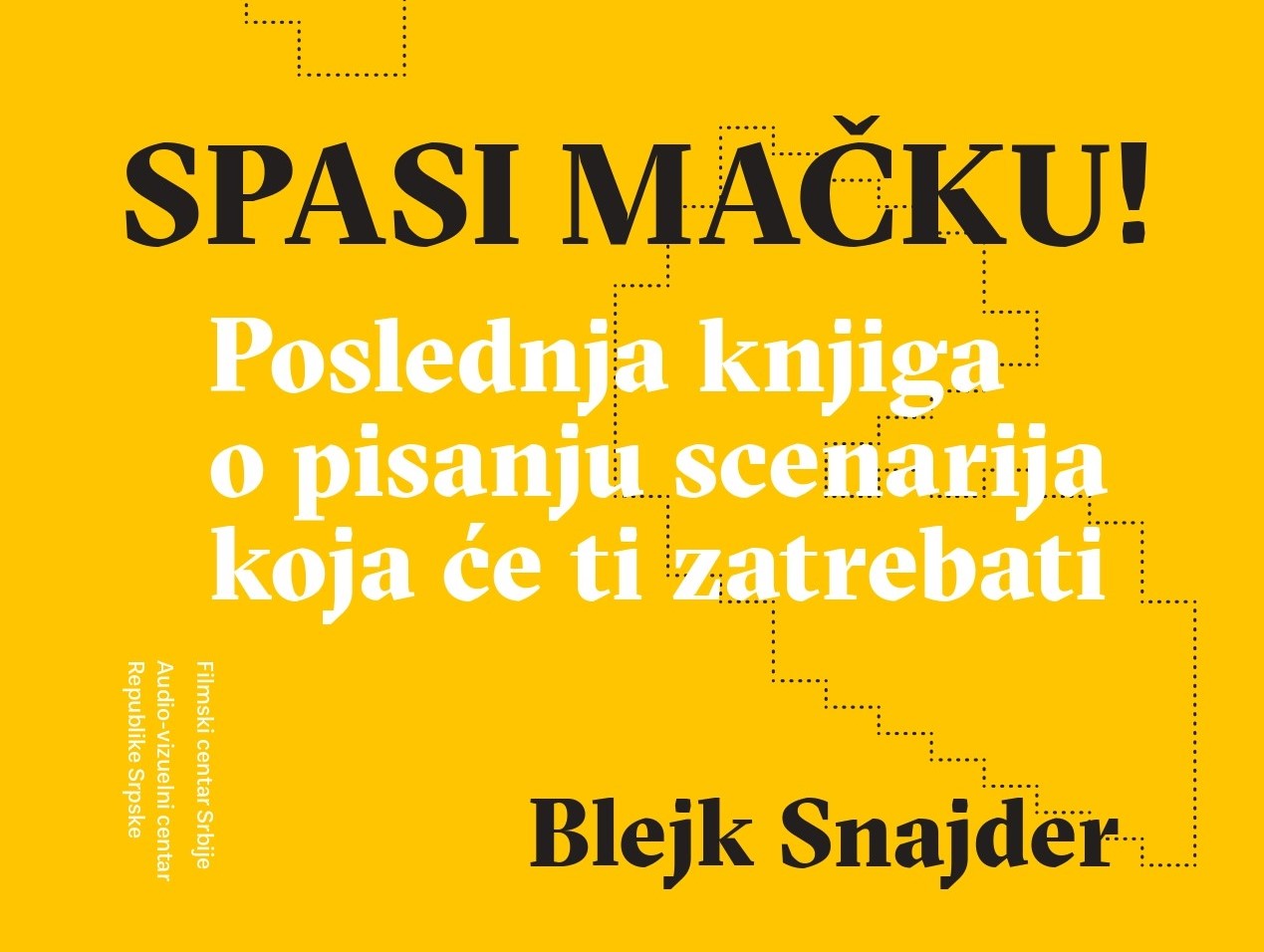 The promotion of the book “Save the Cat” by screenwriter Blake Snyder
Artget Gallery of the Cultural Center of Belgrade
Wednesday, December 21 at 6 p.m

Blake Snyder’s book “Save the Cat” (why another screenplay book, the author asks in the introduction?) follows in the footsteps of Sid Field. It deals with the importance of genres and the classification of films, the constituent elements of the film, the adaptation of the main character to the general idea of the film… among other things. As Sheila Henahan Taylor brilliantly noted in the preface, author Blake Snyder masterfully operationalizes the basics of filmmaking: plot, structure, casting, marketing… and makes his book “accessible to everyone, and how these ideas of his would be implemented in practice”.