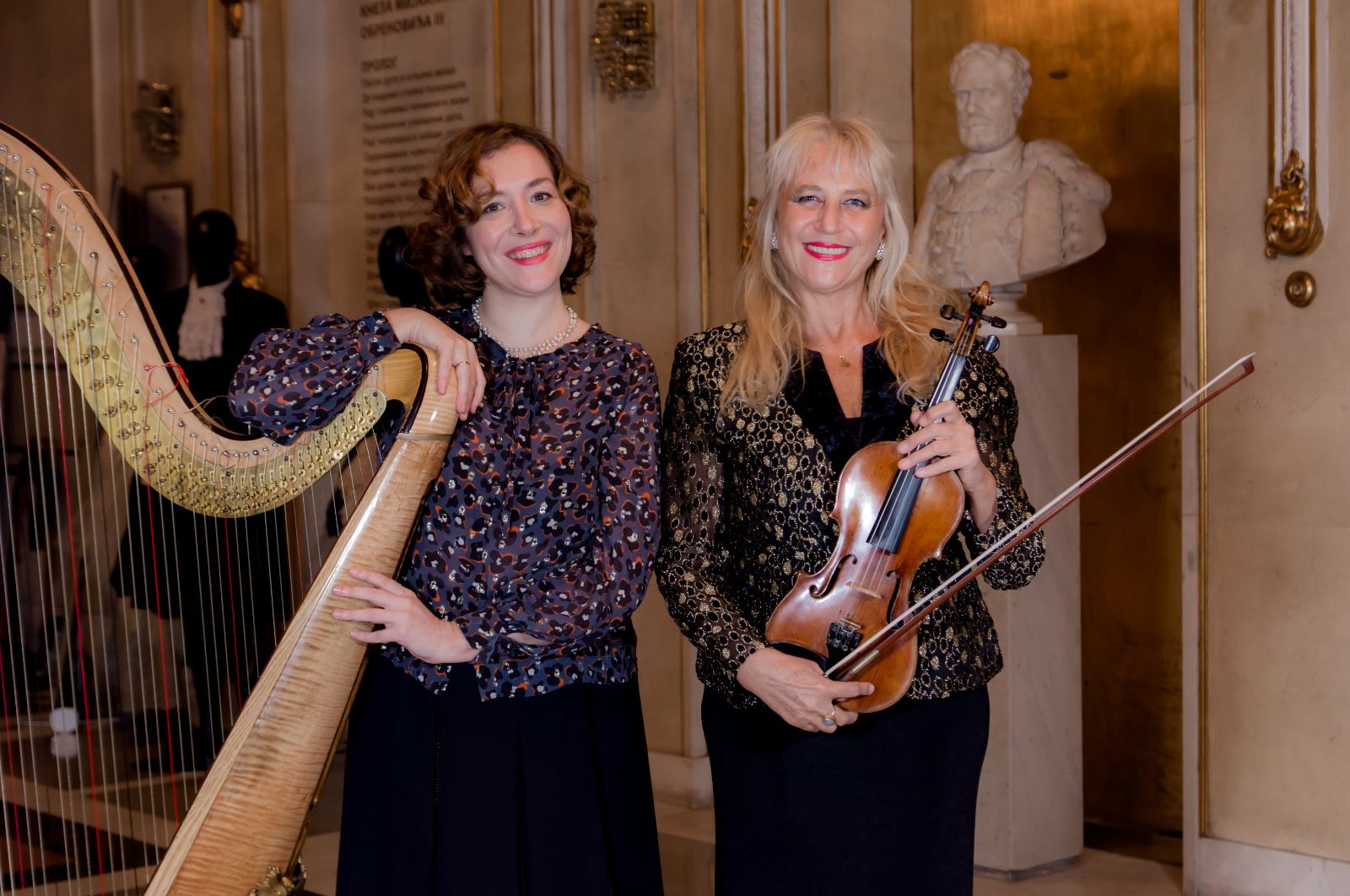 Violinist Edit Makedonska and harpist Gorana Ćurgus founded Duo EDIT in 2011. The repertoire of the duo is very diverse, from virtuous works, popular classics, evergreen music, as well as works by Serbian composers.

Biographies:
Duo Edit exists since 2011 and has so far achieved a number of notable performances: at the opening of the Harp Festival in Belgrade, festivals in UB, Pančevo, Novi Knezevac, Sofia, and many others. The repertoire of the duo is very diverse, from virtuous works, popular classics, evergreen music, as well as works by Serbian composers, some of which have been specially written for this duo. Duo performs with the support of Serbian association of music authors (SOKOJ), Association of music artist (UMUS), Serbian harpists` association, etc.