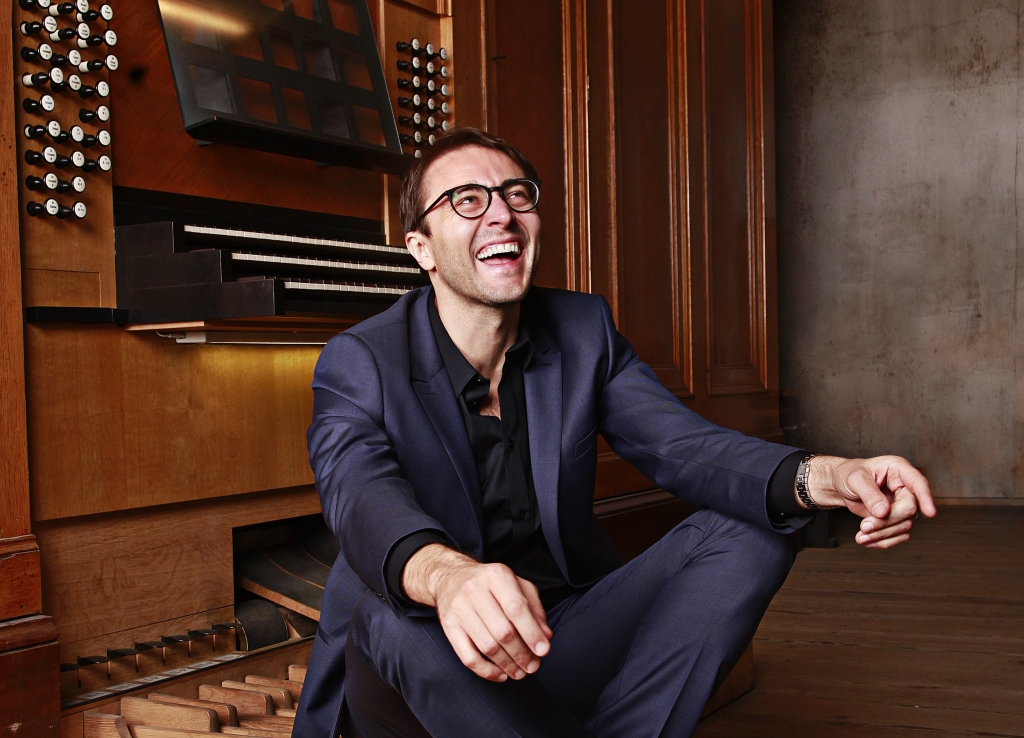 German organist Christian Schmitt is ECHO award winner is undoubtedly one of the most sought-after concert organists of our time. Concert is organized in collaboration with the Goethe-Institute Beograd.

Biography:
With invitations from the Berliner Philharmoniker, the Salzburg Festival and the Musikverein Vienna, ECHO award winner Christian Schmitt is undoubtedly one of the most sought-after concert organists of our time. Concert tours have taken him to many European countries, as well as China, Japan and Canada. Schmitt is the Principal Organist of the Bamberg Symphony Hall and the artistic director of the organ concert series. He will play the world premier of a new concerto for organ and orchestra by Toshio Hosokawa at the Kölner Philharmonie in 2017, a piece which was written especially for him.
His discography comprises around 35 solo recordings for labels including Deutsche Grammophon. The CD on the label together with Magdalena Kožená was released in 2014. Schmitt’s recording of Widor’s organ symphonies was awarded with an ECHO Klassik award.
Christian Schmitt’s great passion is the extensive romantic organ repertoire, yet his artistic spectrum goes far beyond that. He has given concerts on many of the historic organs of Europe. He has recorded the complete organ works of Handel and Brixi and performed at the Bachwoche Ansbach and Arp-Schnitger-Festival in Groningen in 2015. At the same time, the German organist makes full use of the developments made to his instrument over the centuries and also devotes himself to contemporary repertoire.
Christian Schmitt has given concerts around the globe, including the Salzburg Festival, Lucerne Festival, Tonhalle Zurich, Berlin Philharmonie, Elbphilharmonie Hamburg, Konzerthaus Berlin, Gewandhaus Leipzig, Vienna Konzerthaus, Mozarteum Salzburg, Philharmonie Cologne, Maison Symphonique de Montréal, Mariinsky Theatre Concert Hall St. Petersburg, House of Music Moscow and most recently at the Vienna Musikverein. He has performed with NSO Taiwan, Berlin Philharmonic, Bamberg Symphony, leading radio orchestras (NDR, RSB, MDR, WDR, SR and RSO Vienna), Camerata Salzburg and Staatskapelle Weimar under conductors such as Sir Simon Rattle, Marin Alsop, Philippe Herreweghe, Cornelius Meister, Martin Haselböck and Giovanni Antonini.
The organist and arranger loves to experiment with programming and is also well- known to concert audiences through his varied chamber music projects, which include Lieder recitals and performances with Magdalena Kožená, Michael Volle, Juliane Banse and Sibylla Rubens, Hille Perl, Gábor Tarkövi, Matthias Höfs, Reinhold Friedrich and Martin Grubinger.
Christian Schmitt studied church music and concert performance at the University of Music Saarbrücken, and organ with James David Christie in Boston and Daniel Roth in Paris. He also studied musicology and catholic theology at Saarland University. Alongside his teaching functions, Christian Schmitt is a member of numerous international music competition juries, served as organ consultant for the restauration of the organ of the Berlin Philharmonie (2010-12), and is a committed member of the “Rhapsody in School” project, which introduces children to classical music through school visits from world class musicians.