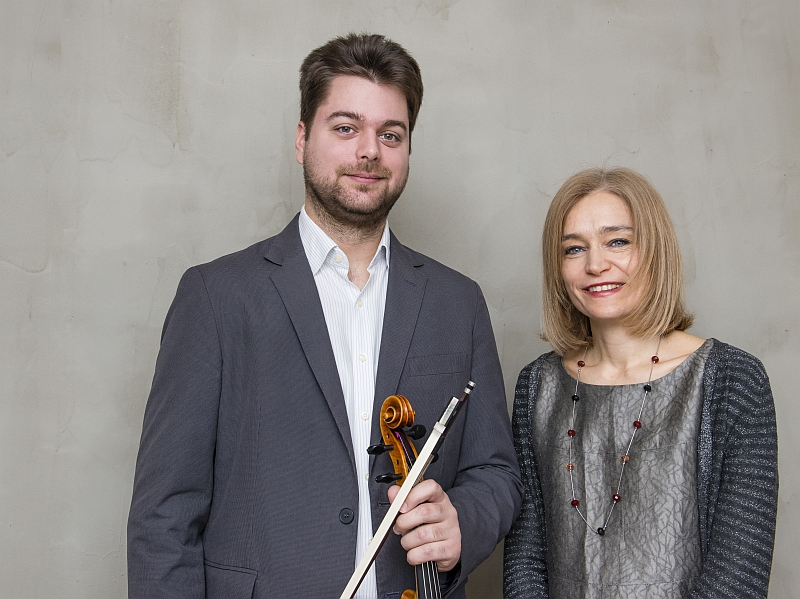 Marijana Savov-Stojanović and Rastko Popović based their research and performing of viola and piano repertoire on historically informed performance principles. The outcome of their work is concert series ‘Between Bach and Brahms’.

Between Bach and Brahms IV

Biographies:
Rastko Popović (Belgrade,1983) completed his education in music performance at the University of Arts in Belgrade (Serbia) and at the University of Stavanger (Norway) with the highest grades. He has won several prizes at national and international youth music competitions, among others, 2. prize on the Jeunesses Musicales International Competition in Skopje, Macedonia in 2004. During the 2002/2003 season he was a member of the Jeunesses Musicales World Orchestra, and in season 2004/2005 he played in St. George Strings. Since 2005 he is engaged as a substitute viola player in the Symphony Orchestra of the Serbian Broadcasting Company. During his studies in Stavanger, 2006-2008, he worked as a substitute viola player for the Stavanger Symphony Orchestra. Currently, he works as a String methods teacher at Faculty of Music in Belgrade and in Music School Josip Slavenski as a viola teacher. Popović also explores the world of contemporary and alternative music by experimenting on his electric viola. In this vein, he started his I’m my own merry-go-round project. Rastko Popović graduated with PhD at the University of Arts in Belgrade.
Marijana Savov-Stojanović studied piano at Faculty of Music in Belgrade. She finished her Master degree at University of Georgia, after which she attended specialist studies at Cleveland Institute of Music for two years.