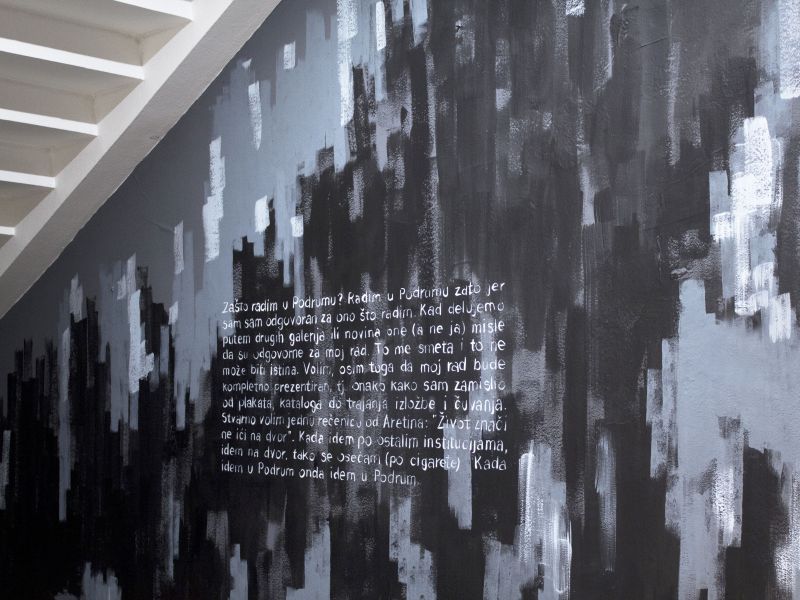 Having considered the proposals submitted to an international open call for exhibitions in the Podroom Gallery, which were less numerous than previous years (39), the council – Branka Benčić, art historian and the newly appointed director of the Museum of Modern Art in Rijeka, Ibro Hasanović, visual artist, and Zorana Đaković Minniti, assistant to the director of the Cultural Centre of Belgrade programmes – have selected exhibition projects of the following authors to be realized over 2021:

Since some of the exhibitions which were planned for this year have been postponed, as well as the 58th October Salon – Belgrade Biennale, which will be partially presented in the Cultural Centre of Belgrade galleries over the year 2021, the number of exhibitions planned for the regular annual programme in the Podroom gallery has been significantly reduced.

The selected are individual projects created over years of work, research and exploration of specific topics, focusing on the relation between the documentary and the experimental, the real and the imaginary, power and endangerment, migrations and various perspectives and phenomena of the nineties in ex-Yugoslav countries. Through direct cooperation with renowned authors from Serbia and abroad, the ones experienced at world’s fine arts scene but also the ones who are at the beginning of their professional careers and imply the production of new works, the side programmes will also raise the issues of the role of gallery space nowadays.

Exhibition projects that are the results of a long-term cooperation with the Whitechapel Gallery from London, Artists’s Film International, and the association Viva Comix will be realized at the beginning of the next exhibition season.

We appreciate all the submissions, express our regret that dates could have not been more numerous, and congratulate the ones whose proposals have been selected.