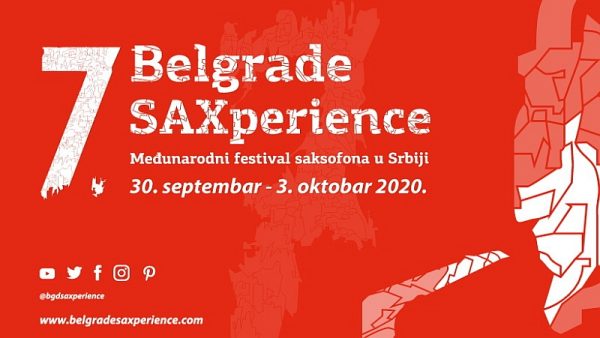 Milan Savić graduated saxophone at the Academy of Arts in Novi Sad, and clarinet at the Faculty of Music in Belgrade. During his musical development, he attended many schools and seminars with renowned professors abroad.
Since 2006 he has been working at the Music School Josip Slavenski as a teacher of saxophone and clarinet, and his students have won many awards at republic and international competitions. He performed as a soloist and held master classes in the country and abroad: Alpen Classica Fest – Italy, Olympic Sax Festival – Greece, concert tour in France with pianist Uki Ovaskainen, performed as a soloist with Belgrade Philharmonic Orchestra, RTS Symphony Orchestra, Chamber Orchestra Metamorfozis, Grand Chamber Orchestra, recorded for Radio Belgrade and premiered compositions by Ivan Jevtic, Ivan Brkljačić, Ante Grgin, Aleksandar Sedlara and others. As an orchestral musician, he is engaged in orchestras of the Belgrade Philharmonic Orchestra, RTS Symphony Orchestra, with whom he performed at concerts and tours in the country and abroad.
Milan Savić is the director of the international saxophone festival Belgrade Saxperience. On the year of 2017 he was awarded by the French Ministry of Culture and Literature as Knight of Arts.