Concert and presentation of the CD “Arrhythmia” – Neda Hofman-Sretenović 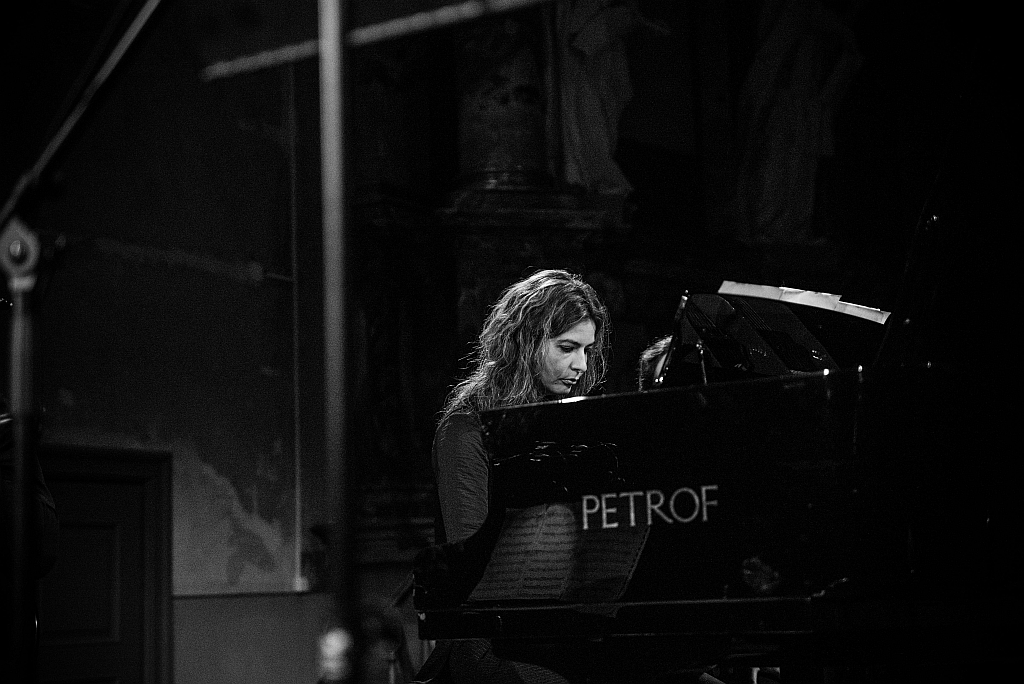 According to the safety guidelines regarding the current situation of the pandemic, this fall the Cultural Centre of Belgrade will start traditional concert season Concerts in Gallery under special conditions. Programs will be held every Monday at 20:00 in the Artget Gallery.
Because of the health and safety guidelines for suppression of the epidemic, the number of attendees in the Artget Gallery is reduced to 20, so it is important to book your seat by e-mail lidija.maric@kcb.rs or by phone 011 2622 058 till noon at the day of the concert.
We remind you that it is necessary to wear safety masks and to keep 1.5 meters apart from each other during your stay in the Cultural Centre of Belgrade.

Svetlana Maksimović
Fragments of a Prayer for Peace (2019)

Branka Popović
From Rayleigh to Mie (2019)

About CD:
Performers of new music are these rare and bold contemporaries of ours who are able to discern, in our complex present, the light of musical creativity issuing precisely from their time, as something that directly concerns and addresses them. Focused on that now, that moment of performance whereby a new work acquires currency and aesthetic presence in the world, they find their working space along the edges of contemporaneity, striving to be both in and with their time. And nowhere does contemporaneity pulsate so strongly as in the act of performing a newly written piece for the first time. A unique place among artists who examine recent musical creativity and inscribe it into the present is occupied by the pianist Neda Hofman-Sretenović, the spiritus movens of the Construction Site Contemporary Music Ensemble, and one of our most accomplished performers and producers of contemporary music. In her well-developed performing (solo and chamber) practice, greatly contributing to the area and experience of our contemporary artistic context, her album Aritmija (Arrhythmia) occupies a special place, as the first release featuring pieces for solo piano composed in the last five years. The listener is thus presented with a collection of seven works by seven Serbian composers of different generations, whose oeuvres are well-known to Hofman-Sretenović, as she has often collaborated with most of them. Apart from the four of them who teach at the Composition Department of the Faculty of Music in Belgrade (Milana Stojadinović-Milić, Tatjana Milošević, Ivan Brkljačić, and Branka Popović), there is also a young author among them, Ana Kazimić, and two composers (Svetlana Maksimović and Marko Nikodijević) who have chosen to leave their home culture, but have retained dynamic relations with Hofman-Sretenović, which are present in this collaboration as well. This collaborative endeavour achieves an almost transcendental degree of compliance on a single recording, showing a peculiar kind of intimacy between the pianist and the works she recorded. Not only did Hofman-Sretenović participate in their completion, i.e. the final stage of shaping the score in time, not only did she live through them by interpreting and lending them the energy required for their birth and long (trans-media) life, but she also initiated the making of four of those seven pieces.
Ivana Miladinović Prica