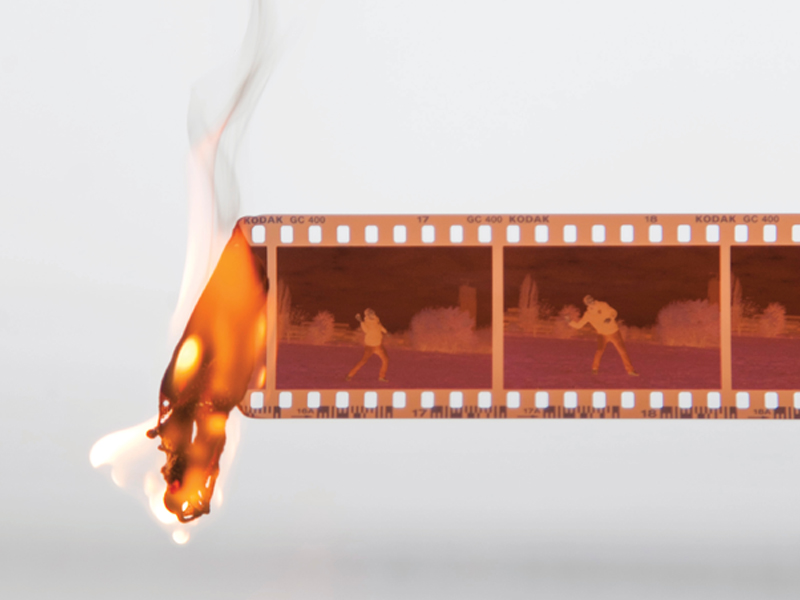 If we were to compare the state of the current global crisis to something, it would be the world in drama and fiction of post-apocalyptic film genre. All the key features are there – the virus has entered the system, the media is frantically broadcasting the pictures of imminent danger, the planetary fear is being displayed in the images of panic and civil disobedience, the sights of empty squares and underground stations, silent cities, in a word, an atmosphere of tension while we are waiting, through waves and peaks, for the end of the movie, to see who will save and what. Fiction has infected the reality, the reality has self-isolated in the virtual, so not even the darkness of movie theatres offers a safe and desired ambience for an escape and an encounter with the grand illusion in which, comfortably tucked in with a box of popcorns, we are watching a movie of the sort. The “normal life” is on hold, the engines of capitalism mildly stalled, and the visions of future reach no further than the next spring or the spring after, when we might return to a world without masks. The end of the second decade of the new millennium will become a part of future memories of the time when everything began or everything ended, but at any rate the memory of the times when everything stopped for a moment in order to make a start for yet another historic loop. Reflecting on the situation in which the world as we know it is changing, or the very intensity of the events is putting us back into the states of something that has already been seen and experienced, the artist Boris Burić conceptualizes the exhibition, or in his case, more precisely, the form of film experience expressed through other means, through a range of metaphors of individual or collective clashes with reality, about the illusions of attempts to put up resistance or adapt to either a social or an artistic system. Unique mise-en-scènes that the visitors in the gallery walk through in order to evoke movie space which should initiate them into a personal series of cinematic experiences and implications of the end of one epoch and ideology, of the emptiness of symbols of rebellion and the need to step out of the dominant and imposed limitations in art.

Boris Burić (1981) is an intermedial artist from Belgrade. His works are conceptually oriented and often based on the idea of social and art critique expressed in gallery and artistic actions in non-gallery space. His field of interest covers film, photography, action, performance, collage. He cooperates with various artists, curators, galleries, etc. He exhibits in solo and group exhibitions in the country and abroad. He lives in Belgrade and Rijeka.

Miroslav Karić (Belgrade, 1975) has graduated in Art history from the Faculty of Philosophy in Belgrade, in 2000. Since 2001, he has been the secretary and the curator in the Independent Artistic Association Remont, while he has been a member of the editorial team of Remont art magazine since 2003. Karić was the editor of the “Exhibitions” section in the Belgrade cultural monthly Yellow Cab for years. His professional biography includes participation in many projects in the capacity of an associate, coordinator, curator, and PR. Since January 2020, he has worked as a curator in the Museum of Contemporary Art in Belgrade.

Convert your PDF to digital flipbook ↗