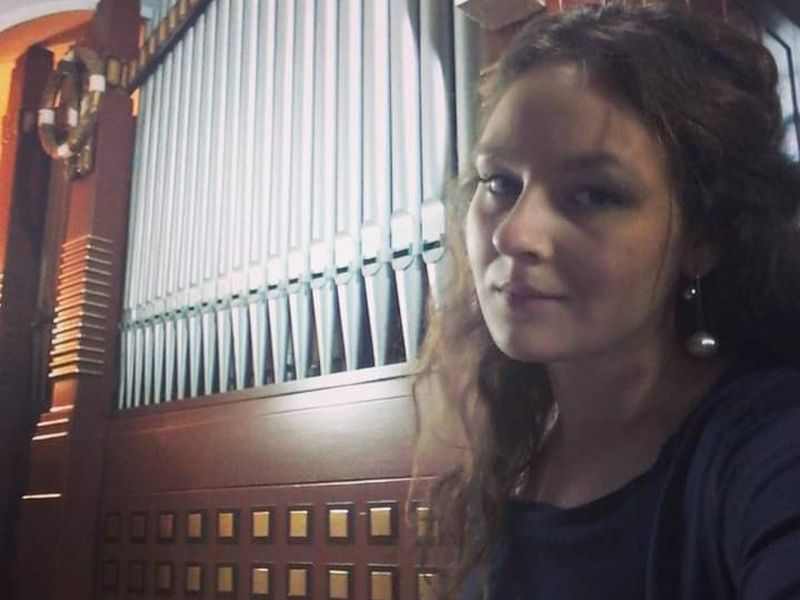 Višnja Dimitrijević is an organist and artistic director of the Ensemble Kamerna pojoča družba. Repertoire of this ensemble is based on the 20th century music. They will perform pieces by Eben, Jenkins and Satie, as well as compositions of Višnja Dimitrijević.

Announced concert French music of the late nineteenth and early twentieth century prepared by Vocal Ensemble Tonus Nobilis and Višnja Dimitrijević has been cancelled due to a case of illness within the Vocal Ensemble.

Biographies:
Višnja Dimitrijević (Belgrade, 1989) has been playing the piano since the age of five and the organ since the age of fourteen. After she had finished her elementary and secondary music education at Stanković Music School, more precisely at its Departments of Piano, Theory, Organ and Solo Singing, this extraordinary young musician continued her schooling as one of the youngest students in her generation at the Faculty of Music in Belgrade, at its the Department of General Music Pedagogy. She is finishing her master studies in the class of Prof. Maja Smiljanić Radić at the Faculty of Music, at the moment. She is attending her PhD studies simultaneously at the Department of Music Theory. She is the organist of the Ecumenical Male Choir, conductor at the Slovenian Society of Belgrade and works at the Vojisla Lale Ste-fanović Music School in Užice.