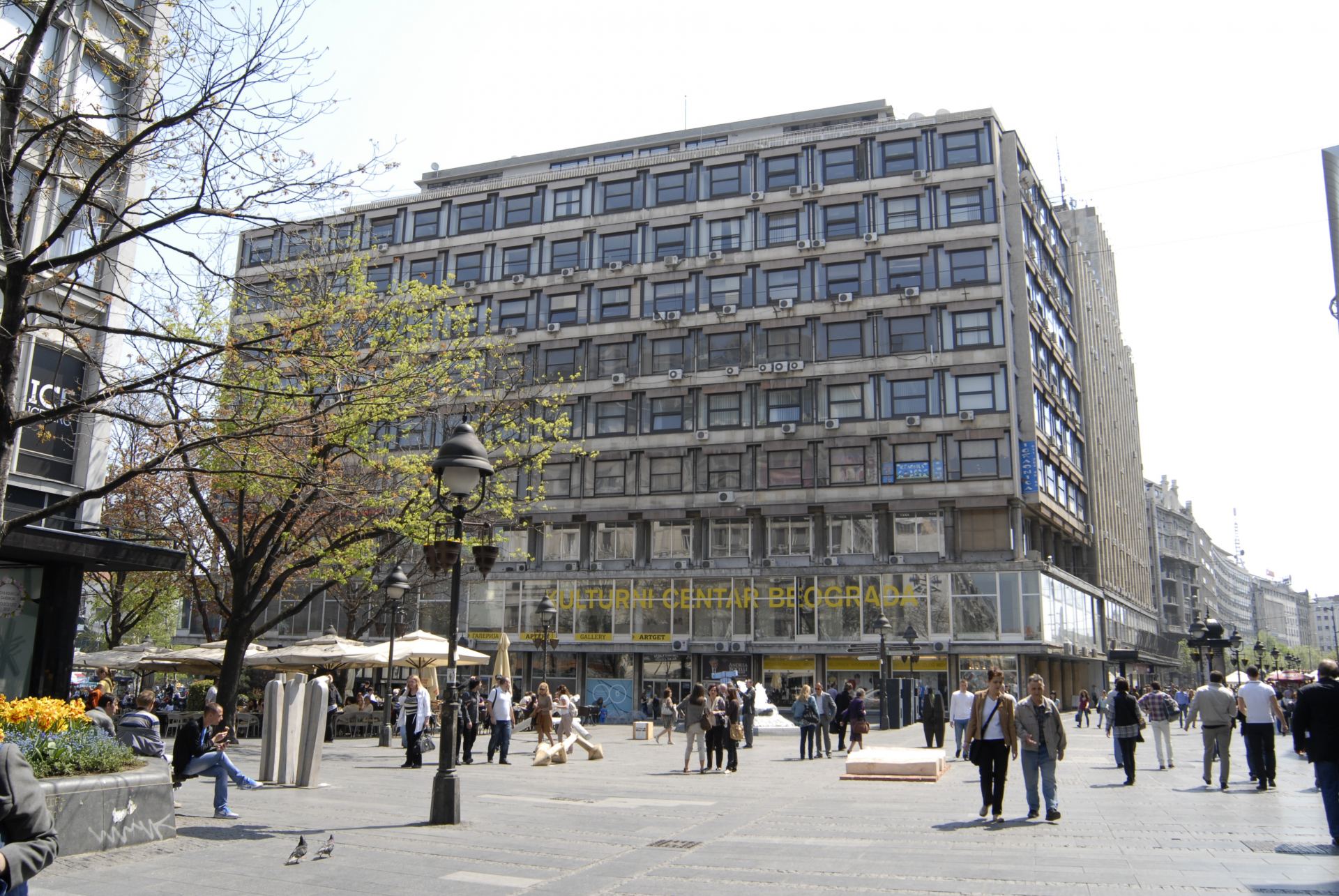 About the Summer Film School
In September 17-26, 2021, BINA will be hosting a ten-day film summer school within the Future Architecture Platform. This year’s Future Architecture Platform program is entitled the Landscapes of Care. Within this program, BINA will be hosting a film school entitled If These Walls Could Talk, which will be dedicated to the Press Centre building. The edifice was built on Trg republike (Republic Square) square in downtown Belgrade in 1958-1961, on the basis of the design by architect Ratomir Bogojević and formed in the spirit of contemporary architecture. In 2019, as a work characterized by significant architectural and urbanistic values, the building received a status of a listed heritage building.

The intention of the summer school is to introduce participants in to this building, its architecture, history, facilities and users, in order that they present their own experience/views, comments on the present situation or suggestions of its future potentials – and all that in a short film format (up to 3 minutes).

Who is the school for?
The school is intended for students and professionals in the field of architecture, urbanism, audio-visual arts, as well as other individuals under the age of 35 from Serbia, Montenegro, Croatia, Bosnia and Herzegovina, Macedonia and Slovenia, who are interested in research in the field of film and architecture.
The summer school program is bilingual (Serbian and English). The organizer organizes lectures and consultations with mentors, while participants provide the necessary equipment for the production of works (camera, sound recording equipment, editing unit), as well as accommodation and meals during the school.You can find the application form here.

Deadline for applications: July 4, 2021.
About the results of the competition, which will be published no later than July 19, 2021, candidates will be notified by email.

If you have questions, you can contact us via email: letnjaskola@bina.rs