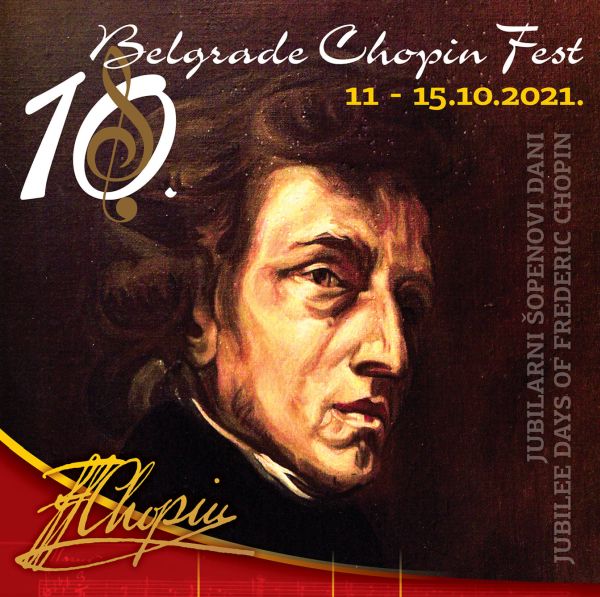 VLADIMIR AĆIMOVIĆ (Niš, 2002) finished his principal musical education in the class of prof. Milena Kurteva (Bulgaria). He graduated Music High School Niš in the class of prof. Suzana Novaković. He was attending lectures with prof. Ilia Tchernaev (Bulgaria). Currently he is studying at the University of Music and Performing Arts in Graz in the class of Prof. Milana Chernyavska, as well as at the Faculty of Music of the University of Arts in Belgrade in the class of Prof. Lidija Stanković. He is a scholarship holder of the International Music Academy in Liechtenstein, where he regularly takes part in the intensive weeks and activities of the Academy. He also attended master classes of the famous piano professors such as Dmitry Bashkirov, Arbo Valdma, Kemal Gekic, Pavel Gililov, Bruno Canino, Milana Chernyavska, Arie Vardi, Ruben Dalibaltayan, Grigory Gruzman, Claudio Martinez Mehner and others. He gave his first concert with orchestra at the age of 10 in the Great Hall of the Kolarac Endowment, in the Belgrade City Hall together with the Amoroso Chamber Orchestra and the conductor Milena Injac. He played as a soloist with the Niš Symphony Orchestra under the direction of Daniele Moles and with the ArtLink string orchestra. As a representative of the Serbian Ministry of Culture, he appeared as a soloist with the Presidential Orchestra of the Russian Federation under the direction of Anton Orlov in the Concert hall of the Great Kremlin Palace, in St. George Hall and at the Melodika Pokoleniy Festival in Moscow. He is the winner of the Constantinus Prize 2012, which is awarded to the most promising musicians under the age of 18, and is also a scholarship holder of the Fund for Young Talents of the Republic of Serbia. He has also received the Dositeja Award from the Serbian Ministry of Youth and Sports, as well as the Award of the Serbian Academy of Sciences and Arts, which is awarded to up-and-coming young talents in Serbia for their achievements in the field of culture. He performed successfully in Serbia, Russia, Czechia, Italy, Bulgaria, Austria, Belgium, Liechtenstein, France, Slovenia, Switzerland, Romania, Spain, Germany and North Macedonia. He held recitals and performed at the international festivals Constantinus, Nimus, ArtLink (Serbia), Ljubljana Festival (Slovenia), at the National Museum of Liechtenstein, European Music Institute, Vienna (Austria), Kolarac Music Gallery in Belgrade, Concert halls of the Symphony Orchestra and the Synagogue in Niš (Serbia)… He is a holder of the Music Scholarship of Styria for 2019.
Awards:
1st prize – International competition, Šabac (Serbia), 2010, 2011;
1st prize (100) and Grand Prix – International contest „Isola del Sole”, Grado (Italy), 2010;
1st prize – National Competition, Belgrade, 2011, 2017;
1st prize  (100) – EMCY  International Competition “Ohrid Pearls”, Ohrid (Macedonia), 2012;
1st prize –  International Contest “New Pianists”, Sofia (Bulgaria), 2014;
1st prize – InternationaI Competition “Craiova Piano”, Craiova (Romania), 2015;
1st and the Special prize for the best performance of C. Debussy’s work – International Piano Competition “Virtuosi per musica di pianoforte”, Usti nad Labem (Czech Republic), 2015;
1st prize –  International Competition For Young Pianists, Niš, (Serbia), 2010, 2016 (Grand Prix);
2nd prize – 8th International Piano Compeition “Isidor Bajic Piano Memorial”, Novi Sad (Serbia), 2016;
1st prize – 4th International Competition for Young Pianists “Merci, maestro!”, Brussels (Belgium), 2019;
1st prize – 2nd International Competition for Young  Pianists “Ricard Vines”, Lieida (Spain), 2019;