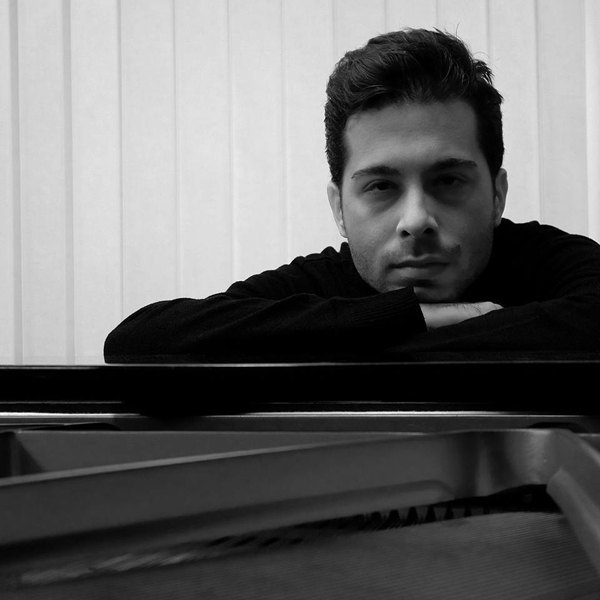 Biography:
Momcilo Petrovic was born in Belgrade (Serbia) in 1993. At the age of 6 he began to study piano at the Binicki Music School in Belgrade. After graduating from elementary school and secondary music school, he enrolled at the Music Academy in Belgrade in 2011 with a major in piano in the class of Prof. Aleksandar Serdar. After successfully completing his bachelor and master’s degree in Belgrade, he enrolled for a master’s degree at the Music Academy in Ljubljana, Slovenia, also in Prof. Serdar’s class. During this master’s degree he has spent two semesters at the Academz of Music and Theater in Hamburg, where he worked with Prof. Mariya Yankova. He has shown an affinity for composing since childhood. After completing his master’s degree in piano in Ljubljana, he has started studying composition at the Academy of Music and Theater in the class of Prof. Fredrik Schwenk from October 2018. He is currently in the final year of the study program Composition / Music Theory with a focus on composition. For his achievements and artistic work during his studies, he received the scholarship Deutschlandstipendium of the Republic of Germany two times (2020 and 2021). In the field of applied music, he has also had noticeable achievements in recent years. The most important projects in this area so far have been: Composing the complete music for the TV-Drama “Reconstruction” under the direction of Srdjan Markovic, co-produced by FDU Belgrade and serbian national television, as well as composing the complete music for the german documentary film “50-50” under the direction of Andreas Stonawski. In addition to composing and artistic training, he actively passes on the knowledge and experience he has acquired in the field of piano playing to younger generations as a piano teacher at the “Yamaha” music school in Hamburg.