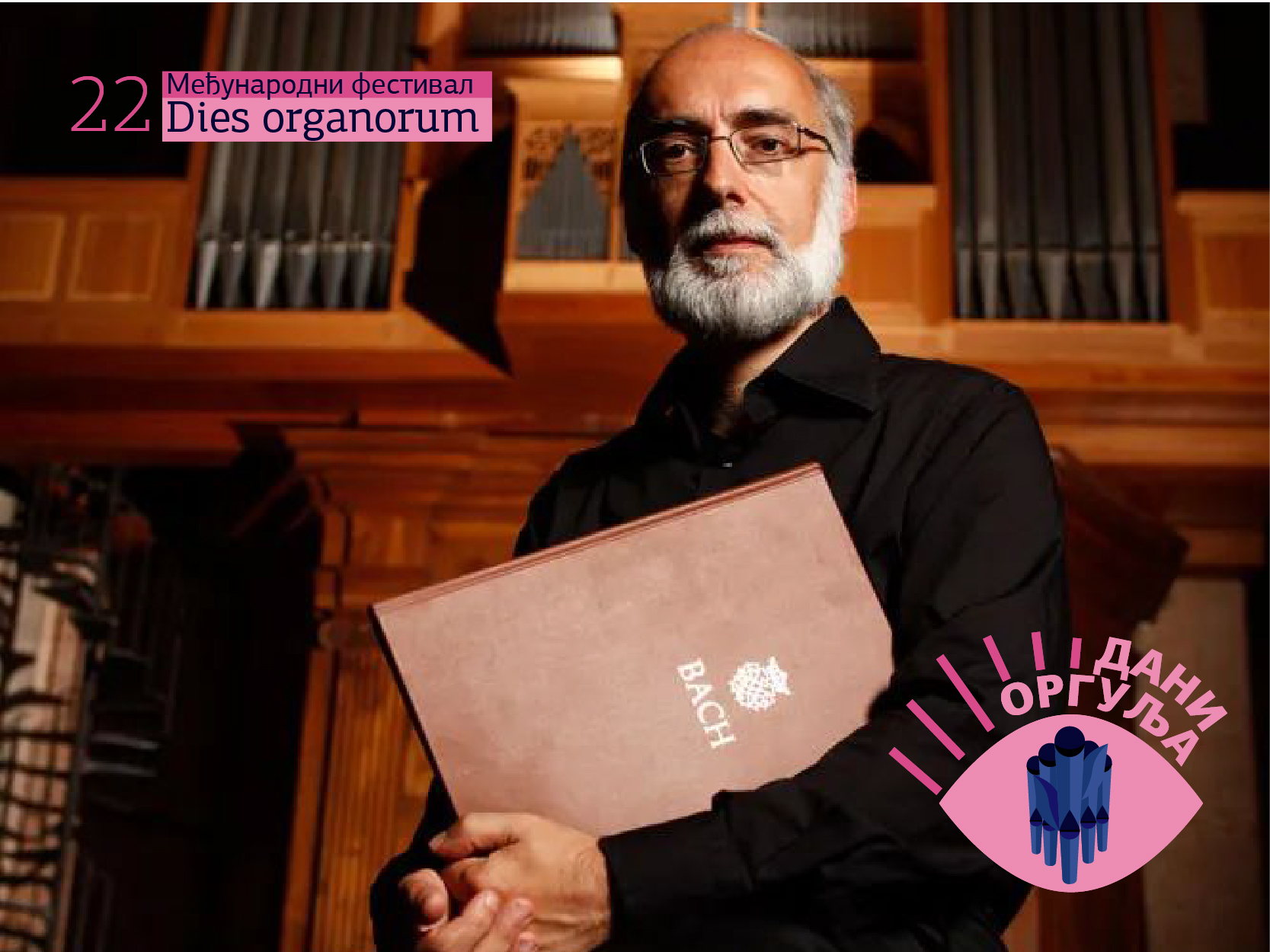 For the opening of the 22nd International Festival Days of Organ, we have chosen a program performed by the Italian organist and musicologist Lorenzo Ghielmi. It is also a concert that we imagined as part of the program to mark the twentieth anniversary of the Festival, and which we had to postpone due to the epidemic. The concert is called In the Footsteps of Johann Sebastian Bach and is the result of Ghielmi’s rich musicological and performing experience. The program contains unfinished compositions by the famous baroque composer, completed or reconstructed by Ghielmi himself.
The concert was supported by the Italian Cultural Institute Belgrade.

Sonata in D minor, BWV 1001
Adagio°
Fuga
Siciliana°
Presto°
(°Transcription by L. Ghielmi from the Sonata for solo violin. The Fugue is transcribed for organ by Bach, with the work number BWV 539.2)

Toccata, Adagio and Fugue, for organ in C major, BWV 564

Biography:
Lorenzo Ghielmi has devoted himself for years to the study and performance of Renaissance and Baroque music. He is one of the most successful interpreters of Bach’s organ and harpsichord work. He gives concerts all over Europe, Russia, Japan, Korea and the Americas and has made numerous radio recordings and for an extensive discography (Passacaille, Winter & Winter, Harmonia mundi, Teldec).
He has published a book on Nicolaus Bruhns, papers and studies on organ-building of the sixteenth and seventeenth century, on the interpretation of the works of Bach and other composers of the Baroque period.
He teaches organ, harpsichord and ensemble music at the Civica Scuola di Musica di Milano. From 2006 to 2015 he has been Professor of Organ at the Schola Cantorum in Basel.
He is the titular organist of the Ahrend organ of the Milanese basilica of San Simpliciano, where he performed the complete organ work by J.S. Bach. He is part of the jury of numerous international organ competitions and is entrusted with lectures and masterclasses from important musical institutions. He has also supervised the construction of several new organs, including the great instrument of the Tokyo Cathedral. In 1985 he was among the founders of the Giardino Armonico. In 2005 he started the ensemble La Divina Armonia, with which he has given concerts at many European and Japanese festivals.
More info