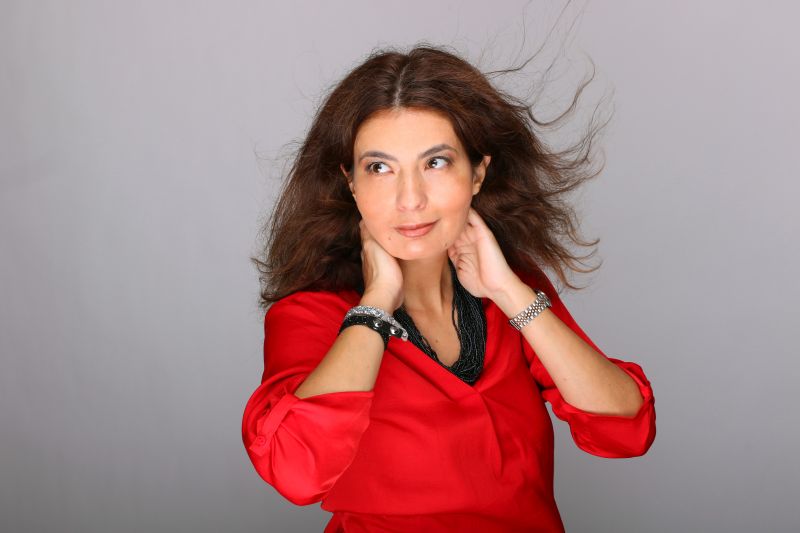 Biography:
Neda Hofman-Sretenović (1977 Belgrade) studied piano in the class of Prof. dr. h.c. Arbo Valdma, both at the Faculty of Music in Belgrade, from which she graduated in 1999, and the Hochschule für Musik in Cologne, where she finished her studies in 2002, being a holder of a DAAD (Deutscher Akademischer Austausch Dienst) scholarship. She finished postgraduate studies with Prof. Rita Kinka at the Academy of Art in Novi Sad (Serbia) in 2004. In 2015, she finished her artistic doctoral studies of chamber music at the Faculty of Music in Belgrade, in the class of Prof. Zorica Ćetković.
From 1993 to 1994 she took part in a special program for most talented young pianists at the Academy of Art in Novi Sad. Neda is the laureate of many competitions in country and abroad, such as: the First Piano Competition in Novi Sad (1992), the First Federal Competition in Niš, Serbia (1993), the International Competition in Taranto, Italy (1994), etc.
She is very active as a chamber musician, performing regularly with Srđan Sretenović (violoncello) since 2002. They have had concerts in Serbia, France, South Africa, Botswana and Namibia. She has performed with the Collegium Musicum choir and Darinka Matić-Marović, with the St. George Strings Chamber Orchestra, Dusan Skovran Belgrade String Orchestra, etc.
With her particular affinity for contemporary music, she has participated in the International Review of Composers in Belgrade, giving the first public performances of newly composed pieces of a number of major contemporary composers as well as representatives of the youngest composers’ generation. She has founded the Construction Site Contemporary Music Ensemble in 2011.
She has recorded with the Symphonic Orchestra of Radio Belgrade, for the CD production of the Yugoslav Music Information Centre, and for the production of the Serbian Musicological Society.