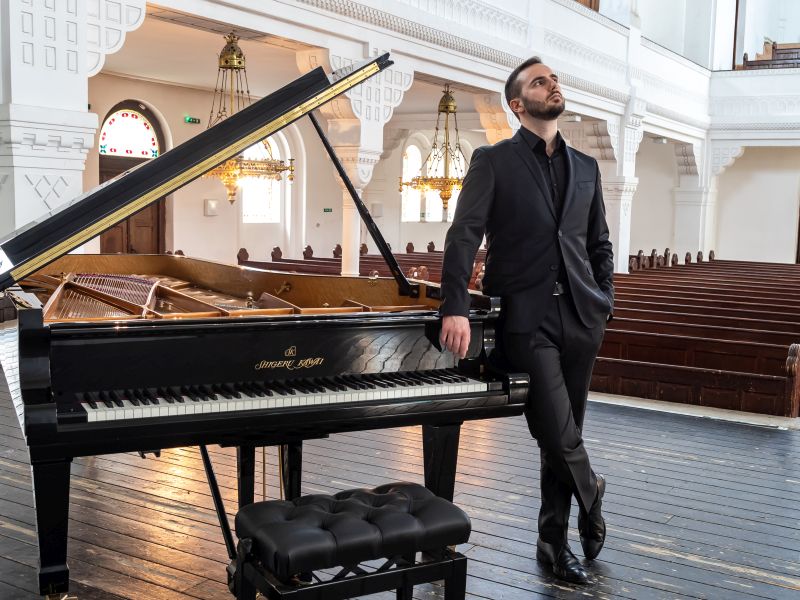 Biography:
Aleksandar Đermanović is a pianist currently holding a position of an Associate Professor at the Academy of Arts in Novi Sad and a General Manager for the International Piano competition Memorial Isidor Bajić. He has finished a Postgraduate course at the Universitat Mozarteum in Salzburg studying with Jacques Rouvier and the highly prestigious Artist Diploma course at the Royal College of Music in London studying with Ian Jones and Dmitri Alexeev with both of whom he had previously finished his Master studies with distinction. During his time at RCM he has received generous financial support as an ABRSM scholar, Gary and Eleanor Brass Scholar and as a beneficiary of the Henry Wood Trust, Lee Abbey Award and a Leverhulme Postgraduate Studentship. After the studies he held a post as a Junior Fellow at the RCM being awarded the Anthony Saltmarsh Junior Fellowship in piano accompaniment for 2015/16 and has been selected as a Park Lane Young Artist for 2016/2017 with the violinist Eunsley Park. His early and undergraduate musical studies were undertaken in Serbia where his piano Professors were Tatjana Vukmanović and Dorian Leljak respectively, after starting to play the piano at the age of 11.
He has performed throughout Europe in venues such as Rachmaninoff Hall (Moscow), in London at Wigmore Hall, St John’s Smith Square, Royal Albert Hall, Steinway Hall, Amaryllis Fleming Concert Hall, Purcell Room, Cadogan Hall, Southbank Centre, St. Martin’-in-the-Fields and the French Institute as well as giving many performances at RCM, also at Kolarceva zaduzbina (Belgrade), Concert Halls of Skandenborg and Viborg (Denmark), Hubad Hall (Ljubljana) and many more.