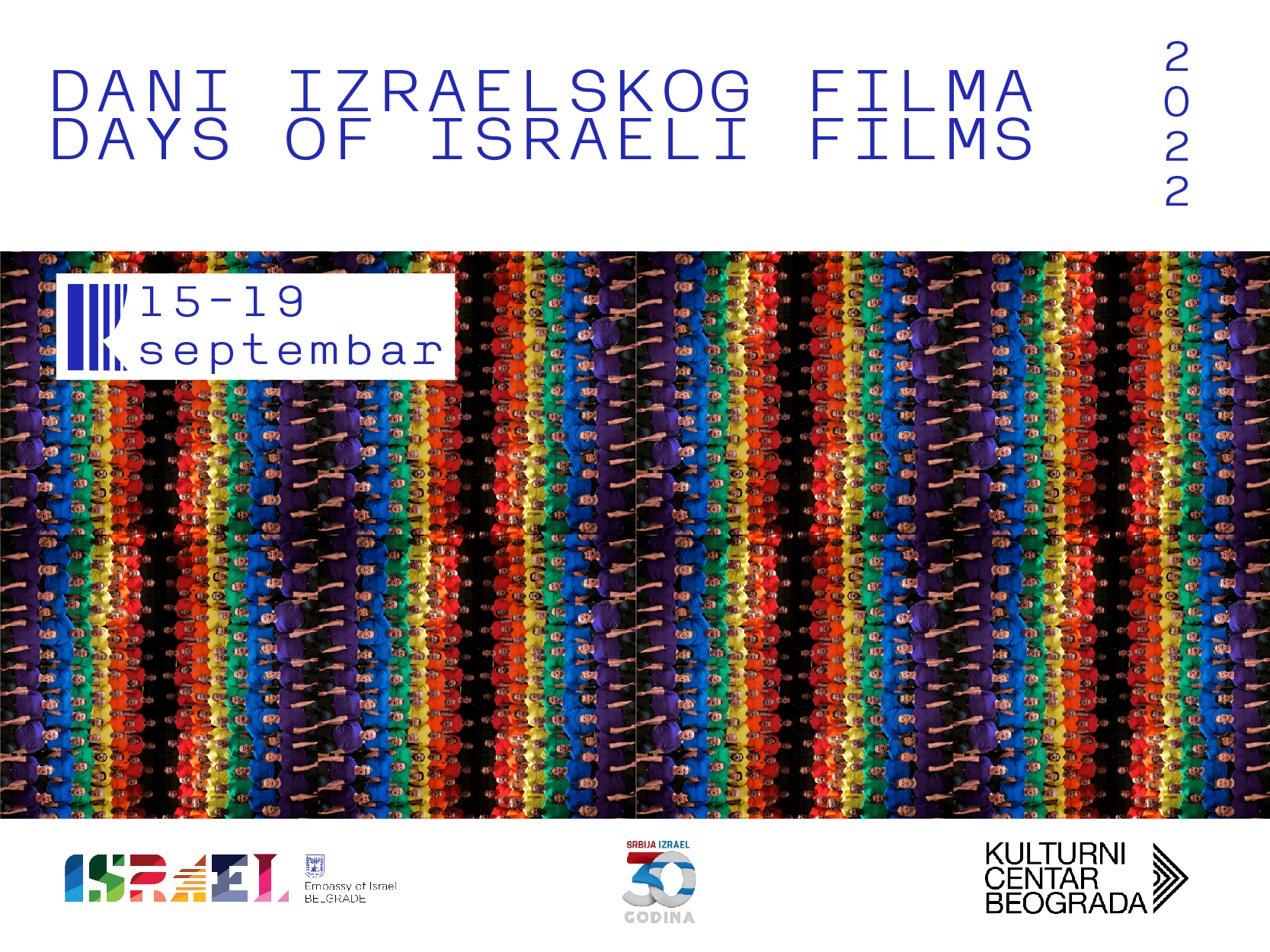 After an almost three-year break due to the corona virus pandemic, the Embassy of Israel traditionally organizes the Days of Israeli Film festival in cooperation with the Cultural Center of Belgrade (KCB), from September 15 to 19 in the KCB Movie Theatre. The Belgrade audience can expect a genre-diverse program that will consist of three program units: Comedy Day, Documentary Day and Love Day.

The festival opens with the film TEL AVIV ON FIRE, a comedy with an interesting plot from 2018 about the filming of a popular soap opera in which a young Palestinian director and an Israeli checkpoint commander unexpectedly collaborate to impress their wives. This award-winning production examines the Israeli-Palestinian relationship and coexistence through the story of “ordinary people” and their dreams that overcome divisions and differences.

The festival program, within the Documentary Day, will show the films THE MUSEUM, about the most important cultural institution in the country – the Israel Museum, as well as SHADOW IN BAGHDAD, about the life and fate of the Jewish community in Iraq. The day of love brings realization WHO’S GONNA LOVE ME NOW? by the famous Israeli director duo, the Hayman brothers, about a homosexual who, when he learns that he is HIV positive, returns from London to Israel with the desire to reconcile with his religious family that rejected him. The drama LONGING is a story about parenthood, about a middle-aged man whose life changes radically after learning that he has actually been the father of a boy for years. Screenings of the films MOSSAD and FORGIVENESS will bring a smile to the audience’s face.

Filmophiles expect an insight into some of the latest achievements of Israeli cinema, which, since the founding of the State of Israel in 1948, has recorded a steady rise, surprising and delighting both critics and audiences with its variety of themes and authenticity.

All films that will be shown at the festival will have both Serbian and English subtitles.

Tickets are on sale from Wednesday, September 7, at a price of 300 dinars at the ticket office of the KCB Movie Theatre.