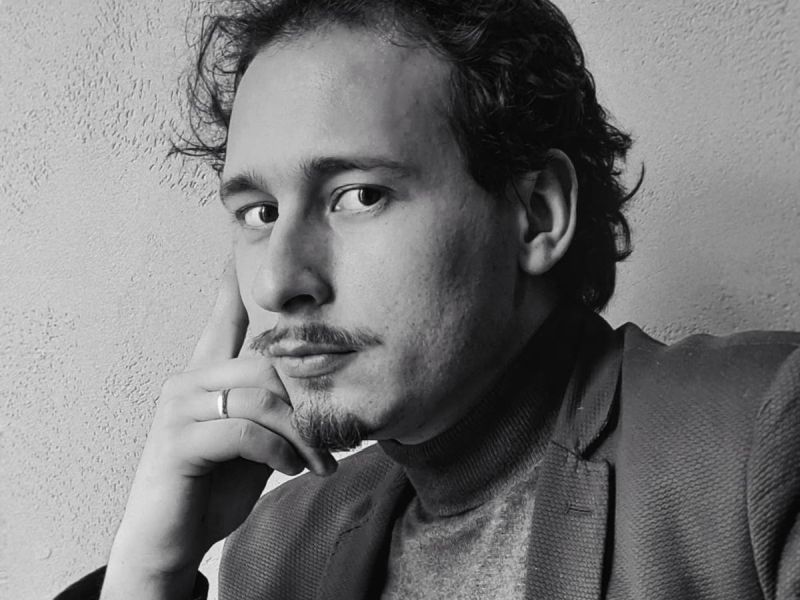 Frédéric Chopin
Ballade for piano No. 1 in G minor, Op. 23

Biography:
Vuk Božilović is a Serbian pianist and professor, born in 1993 in Belgrade, considered as one of the most talented musicians  in his generation. He begun to play the piano at the age of three by entering the Music kindergarten at the Music school ’’Davorin Jenko’’ in Belgrade . The primary musical education he gained  at Music school ’’Petar Konjović’’, in the class of professor Milena Matijević, and from 2008. he was studying at High school of Music- ’’Kosta Manojlović’’ , in the class of professor Irena Oparov Dobrila. Vuk had  worked with renowned professors and pianists such as Aleksandar Serdar, Aleksandar Madžar, Igor Laszko, Arbo Valdma, Baruh Meir, Stephen Kovacevich, Ian Jones etc.
He was the Winner and a Laureate at ’’Josip Slavenski’’ Music competition in Belgrade , 2010 and also at the Piano  Competition’’Mihailo Vukdragović’’ in Šabac (Serbia), in 2011. The same year he won the first prize at the Republic competition in Belgrade, the biggest competition for young musicians in Serbia. He was the Winner and a Laureate at the ’’Davorin Jenko’’ International Piano competition in Belgrade in 2012, and also at the International competition in Niš (Serbia). He was the finalist of ’’Guarnerius’’ competition and semifinalist of the ‘’Isidor Bajić’’ Piano competition in Novi Sad (Serbia), the same as the competition “Jeunesse musicale” in Belgrade in 2019, which are two biggest international competitions in Serbia. At the festival of Chopin’s music, Vuk won the 2. prize and he is very often performing at the concerts dedicated to this great composer. He participated at the festival of Russian classical music “Boljšoj”, and performed at the biggest classical music festival in Serbia – “Bemus”. All these competitions and festivals are famous music and cultural  events in Serbia and Vuk gained the great reputation in his country as a performing pianist winning first prizes at almost all of them. On “The first LSH Aisa Piano Competition” in October 2018 in Chengdu (China), he won the first place among the 500 pianists from all over the world.
In April 2014. in the big hall of “Kolarčeva zadužbina”, which is the most important hall in Serbia, under the button of Serbian’s most renowned conductor Bojan Suđić and Symphonic orchestra of the Music academy, Vuk has performed Chopin’s  e – minor piano concerto, followed  with a great success and standing ovations. He performed in all the important halls in Serbia.
Vuk is the member of a few chamber music ensembles, and he is often performing with Serbian pianist Dušan Grozdanović in piano duo (VooDoo Piano Duo) which achieved a great success both in Serbia as in other European countries. One of the achievements is the prize for the best chamber music ensemble, which was given for the first time in history of the Belgrade Faculty of Music, in 2018. under the name of the famous Serbian professor-  “Olivera Djurdjević”. Also, in 2018., 2021. and 2022. they have collaborated with Belgrade Philharmonic Orchestra and the two exceptional conductors – German conductor Felix Mildenberger and Serbian conductor Ivan Marković. In these projects called “Concerts for children”, they were performing around 40 concerts of the piece “Carnival of the animals ” by Camil Saint-Seans. VooDoo piano duo was founded in 2012. and it became one of the very few popular Piano Duo’s in Serbia. Last concert was held at Kolarac Concert hall, in a collaboration with the chamber orchestra “Muzikon” (2022.). They have performed the Concerto for two pianos and orchestra by Serbian composer Igor Andrić.
Vuk Božilović was the student of two famous Serbian professors, Irena Oparov Dobrila and Lidija Stanković. Both professors were students of the famous Slovenian pianist Dubravka Tomšič Srebotnjak, who was the student of Arthur Rubinstein, one of the greatest pianists of all time, making Vuk an heir of the Rubinstein’s school.
The big gratitude for the knowledge and the experience Vuk owes to Maestro Jovan Kolundžija, the famous Serbian violinist and professor with whom he has performed for few years.
In 2018, Vuk graduated at the Faculty of Music in Belgrade, gaining the Bachelor and Master degrees  in the class of professor and pianist Lidija Stanković. He also graduated at the Chengdu College of Chinese and ASEAN Arts in China (2020.), gaining another Music Master degree in the class of renowned professor and pianist Pavel Raykerus. Vuk is currently a PhD student at the Belgrade Faculty of Music, specialized in Chamber music in the class of prof. Sonja Lončar (LP Duo).
Vuk’s pedagogical career started in 2017 when he was invited to be a piano professor at the Music school “Petar Konjović” in Belgrade, the same school where he gained one of his first music experiences. Afterwards, he has been working for two years as a piano teacher at the famous and the oldest music school in Serbia, MŠ “Stanković”.
He’s repertoire contains all the important pieces written for the piano from Baroque period until the 21st century. Vuk cooperated with many young composers from Serbia, performing the pieces and presented the new music to the public. One of these composers is Aleksandar Sedlar, the most famous young composer in Serbia.