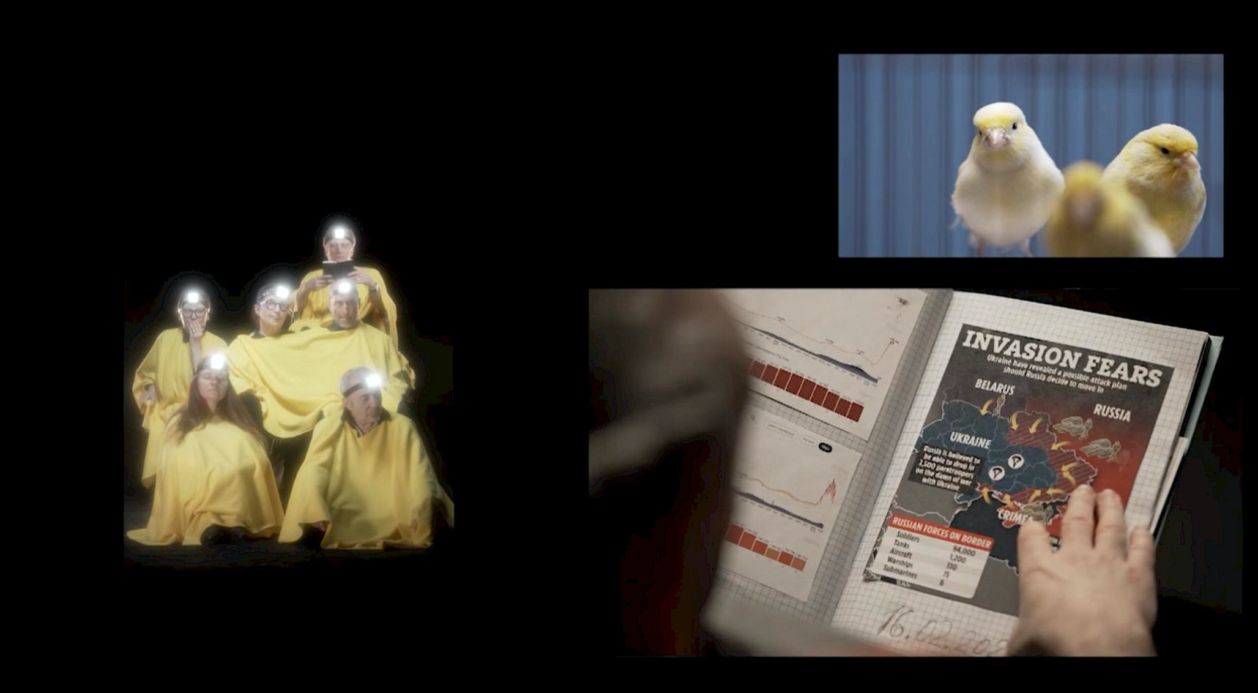 We invite you to the screening of the last realized film of the collective Čto delatь? / Chto Delat? – Canary Archive, 2022, 58 min and talk after with two members of the collective – Olga Egorova and Dmitry Vilensky
The talk will moderate Jelena Vesić, art historian

Chto Delat’s work employs the imagery of the canary in the coal mine, once used to alarm miners when carbon monoxide levels rose. It is a metaphor that can be seen as a paradigm for our anthropocentric relationship with the world, the broken connection between humans and the planet, and the crucial need for rare sensory perceptions of threat indicators in current times of wars and other disasters.

The video work Canary Archive was realized in February and March 2022 and it reunited (virtually) all nine current members of the group. In the days immediately before and after the expansion of the Russian war against Ukraine, they spoke – disconnected, each isolated, lying alone in their private interiors – about themselves, about their (night)dreams, about the catastrophe, about the war, about poetry, about how one got to where one is now. Between the scenes, the image of an elevator returns, descending further and further, into the shaft, into the pit. The collective includes significant contemporary Russian thinkers: philosophers Artemy Magun, Alexei Penzin and Oxana Timofeeva, choreographer Nina Gasteva, poet Alexander Skidan, artists Olga Egorova (Tsaplya), Nikolay Oleynikov and Dmitry Vilensky.

* Collective Čto delatь? / Chto Delat? is founded in 2003 in Petersburg and includes artists, critics, philosophers and writers from Petersburg and Moscow. It was founded with the need to combine political theory, art and activism. More information at www.chtodelat.org